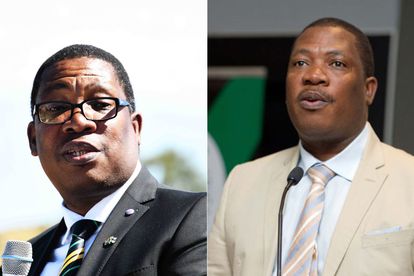 What happened between Lesufi and AfriForum?

Lesufi claimed that the lobby group is a ‘racist organisation’. He has since been requested to pay R500 000 – or defend his claims in a court of law. Lesufi is alleged to have made the claims about AfriForum in an interview last month, this followed his election as ANC Gauteng Chairperson.

On 5 July, AfriForum lawyers served Lesufi a letter of demand. In the letter, the group claimed that the MEC’s comments were both ‘wrongful and defamatory’ adding that Lesufi was aiming to label the organisation as racist.

What did Gauteng ANC chairperson say in the interview?

“I hate racism, racists are meaningless and useless. I will never defend a racist. We are what we are now as a country because of racists. I have a strong, strong view against racism. If anyone wants me to defend and glorify racism, I will never do that. They must not come to me. Racists are mindless, useless and selfish. We must not tolerate racists. AfriForum and many other organisations that are coming in our country to represent a certain race and a certain language, must not be tolerated,”

said Lesufi during the interview.

Since AfriForum caught wind of the comments, they have demanded that Lesufi issue a retraction and pay a fee of R500 000 before the close of business on Friday, 29 July, reports IOL.

An attack on Afrikaans? AfriForum takes on Lesufi over new language bill

In related news, it was previously reported that AfriForum has called for Basic Education Minister Angie Motshekga to withdraw the Basic Education Laws Amendment (BELA Bill) for what it says is an attack on Afrikaans by Gauteng MEC, Panyaza Lesufi.

AfriForum alleged that during a session of the Gauteng legislature on Tuesday, 21 June, Lesufi made it clear that the BELA Bill is not aimed at improving education, but rather serves as a key to the final termination of Afrikaans schools.

AfriForum also submitted comments on the BELA Bill, where it emphasised that some of the proposed amendments, especially those that have to do with decision-making powers regarding schools’ admissions and language policies, are unconstitutional and threaten Afrikaans mother-language education. Read the full story here .