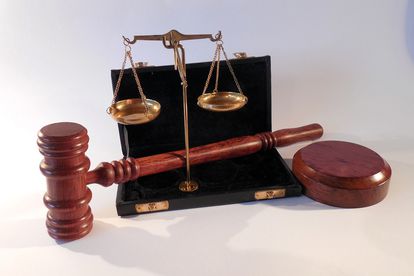 Judges’ wigs on the STAND. Zimbabwe asks for the public’s view. Photo: PIXABAY

Judges’ wigs on the STAND. Zimbabwe asks for the public’s view. Photo: PIXABAY

Zimbabweans have been asked to help decide whether judges should stop the colonial tradition of wearing wigs and to suggest  alternative headgear in a public consultation that ends on Thursday.

The horsehair blonde wigs worn by judges at Zimbabwe’s superior courts have been at the centre of a public debate.

Some see them as a token of respect that brings solemnity to the courtroom, but others argue they are an unnecessary relic of British rule.

In September, Zimbabwe’s Judicial Service Commission (JSC), a public body that oversees the work of judges, appointed a committee to settle the issue and last month asked for people’s views via an online feedback form.

Among other questions, respondents have been asked whether they regard “judicial wigs as critical to the administration of justice” and what effect the hairpieces have on them when they appear in court.

These wishing to do away with the wigs, have also been asked to suggest alternative headgear that they would like judicial officers to wear.

“The authority of a judicial officer does not derive from the manner in which they dress but from the constitution,”

“Whether or not you’re wearing a wig is not relevant. This is just an old tradition we adopted from colonial times.”

Zimbabwe still imports judicial wigs from Britain and the public expenditure to procure them has caused outrage in the past.

“This practice must be dropped to save money that could be allocated for other necessary costs such as subsidising user fees,” Zimbabwe Lawyers for Human Rights, a non-profit group, said in a statement describing wigs’ use as “outdated”.