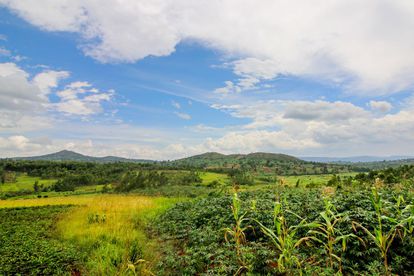 What went wrong? Burundi at 60 is the poorest country on the planet: Image: Adobe stock

What went wrong? Burundi at 60 is the poorest country on the planet: Image: Adobe stock

Burundi, which marked 60 years of independence on 1 July 2022, ranks as the poorest country on the planet in terms of GDP per capita. This must be understood in the light of a history punctuated by political upheavals. Until 1996, the country lived to the rhythm of coups, massacres and political assassinations – before plunging into a long civil war.

Peace was eventually restored in 2005. However, the country returned to authoritarian governance in 2015. Since then, the UN has noted progress but continues to denounce the political violence that plagues the country.

How did Burundi come to this? Why is change so slow to arrive?

I have studied the politics and economies around the Great Lakes region for more than 40 years – including the links between governance and poverty. The countries that form the region are Burundi, Rwanda, Democratic Republic of Congo and Uganda. , Democratic Republic of Congo and Uganda. It’s my view that the end of the Belgian and British colonial empires upset the political, economic and social frameworks of the two nations formed out of the former Ruanda-Urundi colonial entity.

Present-day Rwanda and Burundi served as reservoirs of labour for the exploitation of the wealth of the vast agricultural and mining areas of the Belgian Congo to the west and the British colonies in the east. Refocused within their borders following independence in the 1962, they were reduced to small, overcrowded and landlocked micro-states.

Burundi is a country familiar with various military regimes since independence. These regimes have succeeded in appropriating state resources while ordinary citizens – mostly rural farmers – have borne the brunt of the civil war.

The divide that has emerged between military elites and “people of the hills” – as rural farmers are commonly referred to – runs deeper than ethnic and regional differences. The peasantry still provides almost all the resources of the party-state. But most of the agrarian policy decisions are taken without consultation, including at the grassroots levels where party delegates, often peasants, do as directed.

The state has imposed itself as the exclusive economic operator. Civil servants and party cadres programme and direct investments. Ordinary people are for the most part powerless.

Following the gradual return of peace nearly 20 years ago, Pierre Nkurunziza was elected president in 2005. Drawn from the majority Hutu ethnic group, Nkurunziza ended 25 years of pro-Tutsi military regimes. The minority Tutsi make up 14% of the population and the Hutu 85%. In the next five years, the president and his party – the National Council for the Defense of Democracy – Forces for the Defense of Democracy (CNDD-FDD) – went about consolidating power.

Hopes for stability were stronger at the next election in 2010. For the first time in the country’s history, voters were called upon to vote at the normal end of an electoral cycle. CNDD-FDD secured another mandate thanks to a divided opposition and the charismatic personality of the incumbent president, who enjoyed massive support from rural populations.

A party that had managed to reconcile ethnic divisions and to integrate the armed forces with former rebels now had a resounding national mandate.

Unchallenged, Nkurunziza concentrated power in his hands under a de facto one-party state. A youth militia loyal to his party kept an eye on dissent among local populations and neutralised any organised opposition. But the mood soured quickly when Nkurunziza sought a “third term” in the 2015 elections, contrary to the constitution.

ALSO READ: Lindiwe Zulu believes Zimbabweans ‘should be in their home country’

A popular protest was immediate and strengthened despite the mobilisation of the police. Within weeks a failed military coup laid bare the fractures within the armed forces. A violent repression followed in which freedom of expression and independent media were crushed.

In July 2015, after elections “neither free nor credible” according to the UN, the CNDD-FDD exceeded the two-thirds majority in the National Assembly.

Nkurunziza’s victory was Burundi’s loss. Amid the repression of opponents, the country’s economy slowed down, foreign capital took flight and infrastructure crumbled. There was looting of public resources and a sharp reduction in social benefits.

At the end of his third term, the leaders of the CNDD-FDD party were happy to see the back of the “eternal supreme leader” who had become a liability.

The electoral rescue of 2020

Burundi’s GDP had been battered badly during the civil war, which ended in 2005. It was on the rise for ten years from 2005 to 2014. Following the Nkurunziza-instigated political crisis in 2015 the economy dipped sharply again. Ranked second poorest country in the world in 2013 and 2014, it fell to the poorest in 2015 and has remained there ever since. The UN Human Development Index, which measures longevity, education and inequality, also attests to this deterioration. Burundi was ranked 180th in 2015, falling to 185th in 2019 and 2020.

Thus, in almost all socio-economic measures, Burundi’s performance is among the lowest on the planet thanks mainly to conflict and elite corruption.

The failed coup of May 2015 upset a delicate balance in which the army – including former rebels – and the police were jointly managed. Pro-Nkurunziza elements in the army who crushed the coup sensed an opportunity for self-enrichment to match the fortunes of their senior Tutsi colleagues and graduates of military schools.

Hitherto contained or concealed, this “financial catch-up” was transformed into an open competition for personal enrichment commensurate with each person’s powers.

In May 2020, General Evariste Ndayishimiye, a wise and withdrawn man, became the new president. Nkurunziza died shortly afterwards officially from COVID-19, a disease whose danger he had always underestimated. Burundi, on the other hand, continues to suffer the effects of Nkurunziza’s political legacy.

Having experienced since independence all forms of divisions that can be exploited by authoritarian regimes, the “people of the hills” now know that their lot is the result of struggles between elites for the capture of national resources.

Only the re-appropriation of the state, to make it legitimate once more in the eyes of the population, could free resources for their purposes. This implies that peasants emancipate themselves from co-opted administrative and economic bureaucracies which have appropriated power and wealth by force, first for the benefit of a Tutsi and then of a Hutu elite. Burundians need to impose themselves through free and credible elections as self-organised citizens responsible for the future of a democratic country.