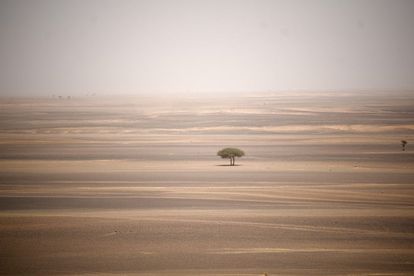 A general view show sand dunes during Stage 5 of the 13th edition of Titan Desert 2018 mountain biking race around Merzouga in Morocco on 3 May 2018. Photo: Franck Fife / AFP

A general view show sand dunes during Stage 5 of the 13th edition of Titan Desert 2018 mountain biking race around Merzouga in Morocco on 3 May 2018. Photo: Franck Fife / AFP

A British gas company is to supply Morocco’s state-owned power firm with gas from the country’s east, it said Tuesday, as the kingdom looks to replace supplies hit by a crisis with Algeria.

The deal between Sound Energy and Morocco’s ONEE comes a month after Algeria said it would not renew an expiring 25-year deal for a pipeline that had exported Algerian gas via Morocco to Spain.

That decision cut the kingdom out of supplies it had long received as transit fees and coincided with a global spike in gas prices.

London-based Sound Energy said it has signed a “binding gas sale and purchase agreement” with ONEE “for the sale of natural gas from the (Sound-owned) Tendrara Concession in eastern Morocco over a 10-year period”.

Under the deal, the upstream gas firm “committed to producing, processing and delivering” up to 350 million cubic metres of gas per year, which will feed into and revive the Gas Maghreb-Europe (GME) pipeline formerly used for Spain-bound Algerian supplies.

The 25-year contract for the previous GME arrangement expired on 31 October with tensions between the kingdom and its eastern rival at their worst in years following Morocco’s renewal of ties with Israel and US recognition of the kingdom’s sovereignty over the disputed Western Sahara.

Algiers cut ties with Rabat entirely on 24 August, citing “hostile actions” by Morocco – a charge the kingdom has denied.

Algeria, Africa’s biggest gas exporter, had used the GME since 1996 to export some 10 billion cubic metres of gas per year to Spain and onwards to Portugal.

Morocco had received around a billion cubic metres of gas per year as transit fees, covering around 97% of its needs.

Algeria is still able to export gas to Spain via the Medgaz pipeline directly under the Mediterranean, but it does not have the capacity to make up for the loss of the GME.

ONEE has said Algeria’s move to shut the GME would not significantly impact Morocco’s electricity supply and that it was studying other options.