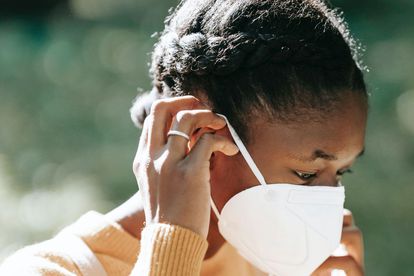 Young Ugandans have already fallen far behind in their learning because of COVID. And, as the effects of climate change worsen, Africa is becoming increasingly vulnerable to health emergencies, including a number of infectious diseases. Photo: PEXELS/Canva

Young Ugandans have already fallen far behind in their learning because of COVID. And, as the effects of climate change worsen, Africa is becoming increasingly vulnerable to health emergencies, including a number of infectious diseases. Photo: PEXELS/Canva

Children in Uganda missed out on more school because of the COVID pandemic than their peers anywhere else in the world. An estimated 15 million pupils in the East African nation did not attend school for 83 weeks – that’s almost two years. Statistical models predict a learning deficit of 2.8 years in Uganda because of the time lost through COVID-related closures.

Now the education system has been hit by another public health emergency. In early November the government announced that preschools, primary and secondary schools must close their doors for the year ten days earlier than planned. This is part of its attempt to contain an Ebola outbreak which had, by 16 November, killed 55 people; eight were children.

Of course, it’s crucial for Uganda to try and stop Ebola from spreading. The disease has a far higher fatality rate than COVID. The country’s packed classrooms and poor school infrastructure, such as poor ventilation and sanitation, make students highly vulnerable to infections.

But young Ugandans have already fallen far behind in their learning because of COVID. And, as the effects of climate change worsen, Africa is becoming increasingly vulnerable to health emergencies, including a number of infectious diseases.

That makes it incredibly important for Uganda to find a way to balance the realities of public health emergencies with children’s right to education. This is a particularly pressing issue in low-income contexts where many children struggle to complete their schooling even outside emergency situations.

Kids are already far behind

In a previous study emerging from a larger project called CoVAC(led by Karen Devries, Jenny Parkes and Dipak Naker), we outlined the many harms and losses Ugandan children and youth faced due to the prolonged closure of schools.

When schools finally reopened in January 2022, one in ten students did not report back to school. Some schools had closed for good.

The government tried to support distance learning through TV, radio, newspapers, downloadable curricula or, in some instances, via mobile phones. However, most interventions, in particular those that required access to a mobile phone or computer only benefited urban elites with the means to send their children to expensive private schools.

Almost all of the participants in our study had no or limited access to the resources needed to effectively engage with these materials. Girls in remote areas were especially disadvantaged, as they tended to have less access to mobile phones than boys.

Most of our study participants were not able to continue their schooling via distance learning. They eventually gave up on their education.

Homeschooling became a common practice in wealthier countries. But in Uganda it was a privilege reserved for only a few children from higher socio-economic backgrounds and expensive schools. The majority of Ugandan caregivers have to make an income in any way they can and often lack the time, space and resources to learn with their children at home.

Although schools will be only closed for a relatively short time, losing another ten days of learning may weaken the trust among Ugandans in the functioning of their educational institutions. Many Ugandans struggle to pay for their children’s school fees and will question the real value of education in light of current and potentially more interruptions.

Uganda’s education sector needs to be strengthened so that disruptions caused by future health emergencies do not leave children even further behind in their schooling.

This will require an overhaul of how education is governed, implemented and made accessible during emergency situations. Uganda inherited its education system from its former British colonial administration. The appropriation of western and former colonial education systems by countries in sub-Saharan Africa has been questioned and critiqued by many, particularly African scholars.

Schooling, it is argued, was initially used as a tool by former colonisers to “conquer the African mind”. It ignored local culture and context with the intention to sustain colonial administration and nurture exploitative economic structures.

Today, part of the problem with adopting a universal model of schooling is that the many flaws inherent in western-style education are exacerbated in times of crisis. For instance, the model champions a form of schooling that is time and location bound. It does not easily adapt to alternative forms of education that allow for a more flexible mode of learning in the absence of a functioning school.

If adequately resourced and well implemented, alternative modes of learning during school closures can help the most vulnerable children and youth in their educational trajectories and overall well-being. This could be in the form of supporting distance learning in a different manner, such as the potential of outdoors teaching and learning where there is enough space for social distancing. Nearby teachers could be engaged to support locally organised, small learning groups of children in their respective communities.

Another option could be to ensure safe and continuous access to education in a staggered manner under strict hygienic measures. Investments in partnerships with local agencies and community-based organisations could help to facilitate radio, TV or internet-based learning spaces for children and youth with no access to learning technology.

Some Ugandans told us that they fear schools will be closed for far longer than initially announced. This happened repeatedly during the COVID pandemic. It is also sadly likely that Ebola will not be the last epidemic the country must manage.

That’s why novel strategies and more resources are urgently needed to finally address deeply rooted social injustices in and outside education that arise before, during and after public health emergencies. Otherwise, children will be continuously at a high risk of dropping out of school, making them vulnerable to child labour or teenage pregnancies.