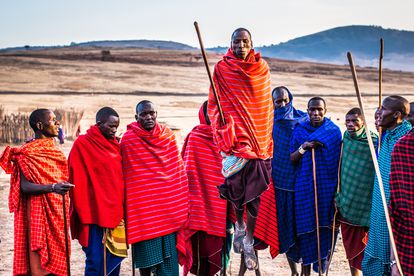 The nomadic community in Loliondo in the northern district of Ngorongoro has accused the government of trying to force them off their ancestral land in order to organise safaris and hunting expeditions. Photo: PEXELS

The nomadic community in Loliondo in the northern district of Ngorongoro has accused the government of trying to force them off their ancestral land in order to organise safaris and hunting expeditions. Photo: PEXELS

Maasai pastoralists have filed a court case against Tanzania’s government, challenging its decision to cordon off land for wildlife protection, a lawyer representing the community said Wednesday.

The nomadic community in Loliondo in the northern district of Ngorongoro has accused the government of trying to force them off their ancestral land in order to organise safaris and hunting expeditions.

But the government has rejected the accusations, claiming it wants to “protect” 1 500 square kilometres (580 square miles) of the area from human activity.

“The case is crucial for the Loliondo residents,”

“The area is strictly prohibited to graze or enter and the residents of the area were depending (on) it for grazing, water, rituals and herbs,”

he said, adding that the community wants judges to nullify the government’s decision.

The case was filed in September, he said, weeks before a regional court ruled in favour of the government in a separate petition.

The Arusha-based East African Court of Justice upheld the government’s decision in a verdict announced on September 30, saying that no compensation was due to the pastoralists who have complained of being evicted from their land.

Tensions have soared in recent months with violent clashes breaking out in June in Loliondo between police and Maasai demonstrators.

More than two dozen Maasai protesters were charged with murder over the death of a policeman in the clashes.

Tanzania has historically allowed indigenous communities such as the Maasai to live within some national parks, including the Ngorongoro conservation area, a UNESCO World Heritage site.

But the authorities say their growing population is encroaching on wildlife habitat and began moving the pastoralists out of Ngorongoro in June, calling it a voluntary relocation.

The move has sparked concern, with a team of UN-appointed independent rights experts warning in June that “it could jeopardise the Maasai’s physical and cultural survival.”

As climate change leads to prolonged droughts and low crop yields, pressure on the pastoralists has increased, forcing them into conflict with wildlife over access to food and water.

In 2009, thousands of Maasai families were moved out of Loliondo to allow an Emirati safari company, Otterlo Business Corporation, to organise hunting expeditions there.

The government cancelled that deal in 2017, following allegations of corruption.