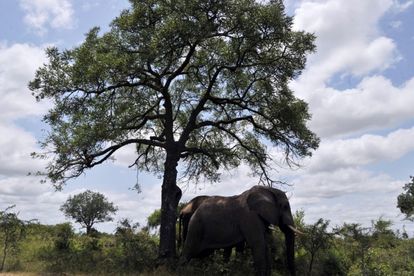 An elephant has trampled a suspected poacher to death in South Africa’s famed Kruger National Park, a spokesman said Friday.

But before any animals were harmed, an elephant stomped one poacher to death while the others fled, Phaahla said.

“Initial investigations suspect that the deceased was killed by an elephant and left behind by his accomplices,” he added.

The elephant conveniently spared the man’s cell phone, which rangers have turned over to police to aid their efforts to track down his fellow poachers, he said.

Last year, lions similarly dispatched a poacher in Kruger. That victim’s accomplices called an emergency hotline to report him missing.

CRACKING DOWN ON POACHERS

Kruger has been hard-hit by poaching, particularly of rhinos. The park reported in February that its rhino population had plunged by 70% over the previous decade, to just under 4 000.

The park has succeeded in cracking down on wildlife crimes over the last two years, thanks to new technology and increased patrols that have helped apprehend suspects before they kill, Phaahla said.

Covid travel restrictions have also given the park a breather.

Kruger has seen a 37 percent reduction in animals poached compared to last year, he said.