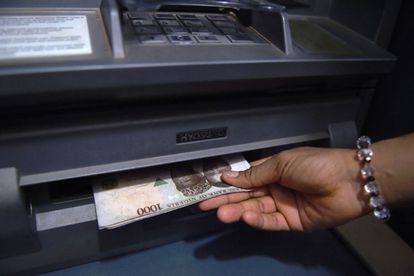 Islamic religious police in northern Nigeria arrested a man who put himself up for sale to escape biting poverty, a local official said Wednesday.

Aliyu Idris, 26, was arrested on Tuesday by the morality police in Kano after pictures emerged on social media showing him holding a placard indicating he was up for auction at 20 million naira ($49,000).

Kano is one of a dozen predominantly Muslim northern Nigerian states where sharia law is enforced alongside common law.

“We arrested him for putting himself up for sale, which is illegal under Islamic law,” said Lawal Ibrahim Fagge, a spokesman for the religious police called Hisbah.

“He is in our custody,” said Fagge, blaming the young man’s “abhorrent action” on poverty and ignorance.

Last week Idris, a tailor from neighbouring Kaduna, went around the city last week with the placard inscribed with the sale offer.

READ: 12 million children ‘afraid’ to go to school in Nigeria

Residents posted pictures of him online, turning him into a sensation.

The young man told reporters he was “selling” himself out of “excruciating poverty” and that he intended to give half the money to his parents and two million naira to anyone who could facilitate the auction.

He had also promised to be a “loyal servant” to his buyer.

“We all know there is grinding poverty in the society, but that does not give anyone the right to put himself up for sale,” Fagge said. “The era of slavery is over.”

Hisbah subjected Idris to a mental evaluation and found him to be sane, Fagge said.

Nigeria has been grappling with a tottering economy because of the weakening of the local currency and dwindling oil revenues, which account for 90% of its foreign exchange earnings.

Slipping into its second recession in 5 years after the start of the pandemic, Nigeria’s economy has bounced back to growth in recent months.

THE COST OF LIVING

But inflation, especially food prices, remains stubbornly high, plunging Nigerians, most of whom live on less than 2 US dollars a day, further into poverty.

According to Fagge, Idris left his village and moved to Kano to look for work but was not successful.

“He told us he couldn’t get any job, including menial work, and decided to sell himself,” the spokesman said.

No charges were filed against Idris, but Hisbah said he was given counselling sessions.