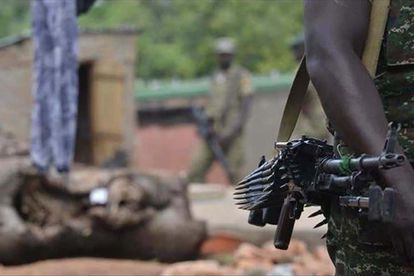 Mozambique said its security forces repelled an attack by Islamist insurgents on a town close to the site where French multinational Total is building a $20 billion (about R292 billion) natural gas facility.

The attack took place about 21 kilometers from Total’s project overnight on Wednesday, according to a statement from the Ministry of Defense.

It’s understood to be the second assault this month on the town of Mute in the northern Cabo Delgado province.

Maputo accused the militants of trying to derail the investment.

Fighters who’ve aligned with Islamic State in August have already seized the port town of Mocimboa da Praia, about 42 kilometers south of Mute, raising the stakes in a conflict that’s killed about 2,500 people and caused 570,000 to flee their homes since it started three years ago.

Mozambique’s government has struggled to contain the insurgency and President Filipe Nyusi has been criticised for refusing outside help.

Leaders from the Southern African Development Community are set to meet in January to agree on a plan to prevent the conflict from spilling across Mozambique’s borders.

The Pretoria-based Institute for Security Studies (ISS) says Mozambique has, up to now, only requested SADC to provide military supplies, as Maputo resists any kind of external support that may lead to multilateral foreign intervention.

The ISS points out that the Southern African region has never experienced terrorism of this scale in its post-colonial history.

“The intensity of the attacks shows the violent extremists’ determination to carve out part of the country for themselves to establish a caliphate, or safe haven, from which to plan and execute further attacks in Mozambique and the region.”