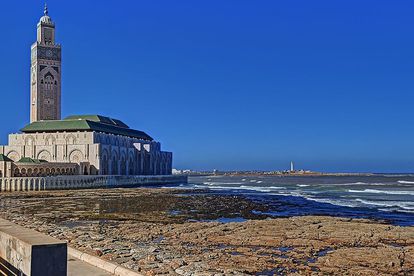 Morocco will push for a resumption of Israeli-Palestinian peace negotiations, King Mohammed VI said Monday, almost a year after his country renewed ties with the Jewish state.

“Morocco will continue its efforts, building on its position and its excellent relations with all sides and relevant international actors, to provide the appropriate conditions for a return to the negotiating table,” the monarch said in a televised address.

Morocco renewed official relations with Israel in December last year, two decades after it cut ties with the outbreak of the second Palestinian intifada or uprising.

The rapprochement came amid a string of normalisation deals between Israel and Arab countries, brokered by the Trump administration.

He called for trust-building efforts and urged both sides “to refrain from actions that obstruct the peace process”.

The king, who heads the Organisation of Islamic Cooperation’s Al-Quds committee charged with protecting Muslim holy sites in Jerusalem, also warned against any attempt to change the city’s “juridical, historic and demographic” status.

Several cities across Morocco, where public support for the Palestinian cause is high, saw protests on Monday against the move to re-establish ties, according to footage posted on social media by the Islamist opposition movement the Justice and Charity Group.

Authorities banned a planned protest in the capital Rabat.

The king’s speech came days after an unprecedented visit by Israeli Defence Minister Benny Gantz, who signed a wide-ranging security pact with the kingdom.

The Fatah movement of Palestinian president Mahmud Abbas called it “a stab in Jerusalem’s back”.