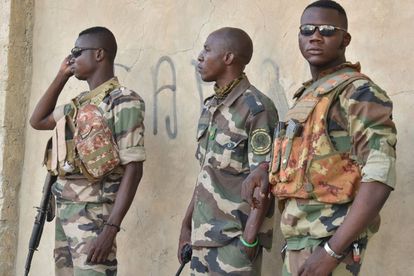 Mali’s military said on Thursday it is investigating longstanding claims that its forces have committed abuses as part of the jihadist conflict gripping the Sahel state.

During a news conference in the capital Bamako, Colonel-Major Issa Ousmane Coulibaly said investigations are underway because abuse allegations undermine the army’s credibility.

“It is not all true, it is not all false,” Ousmane, who heads the military-justice system, said of the accusations.

Mali is struggling to contain a brutal jihadist insurgency that first emerged in 2012, and has since spread to neighbouring Burkina Faso and Niger.

In April, Human Rights Watch implicated the security forces in the killing of at least 34 people and the disappearance of 16 others during operations in central Mali between October 2020 and March.

A report last year from the United Nations’s peacekeeping mission in Mali also accused Malian forces of carrying out 101 executions between January and March 2020.

A UN inquiry last year also found evidence that both the Malian security forces and jihadists have committed war crimes.

Coulibaly denounced pressure over cases that have yet to be adjudicated.

“Justice never forgets,” he said, arguing that the system takes time to deliver.

Mali’s military-justice system was only established in 2007. Once infrequent, the number of cases before army judges has picked up. Courts-martial have handled some 30 cases over the past year, for example.