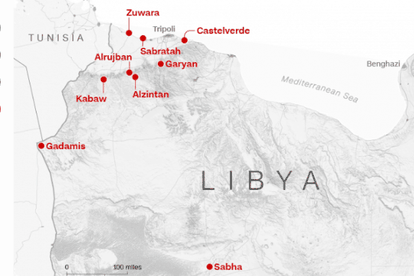 Moussa al-Megarief “was placed in preventative detention pending an investigation into (possible) negligence”, it said in a statement.

“The Public Prosecution has launched an enquiry to determine the circumstances around contractual procedures for the printing of textbooks and the reasons for a shortfall,” it said.

A number of other officials are wanted for questioning, including the minister for planning, it added.

Since the times of dictator Moamer Kadhafi, Libyan authorities have had a budget earmarked to provide free textbooks to each student at the start of the school year in September.

However many of this year’s books have yet to be delivered, forcing students to make full photocopies from just a handful of books per class.

Many pupils had still not been supplied with their books by mid-December.

“I’ve got three children in primary school and copying each book for several classes costs us hundreds of dinars,” a major expense for cash-strapped Libyans, said Zakiya Abdelsamad, a secretary at a medical clinic in Tripoli.

Several stationary and office supplies shops have profited from the situation, selling overpriced copies of the books.

Before Megarief was arrested, the education ministry had blamed the delay on the complex process of reunifying Libya’s curriculum after a key east-west schism in 2014 produced different versions.

Eastern and western camps signed a landmark ceasefire in October 2020 and have been working to align school curricula across the country.

The ministry has also posted the books on its website in PDF format.

The minister’s arrest comes just four days ahead of presidential elections meant to cap a transition phase, but widely expected to be delayed.