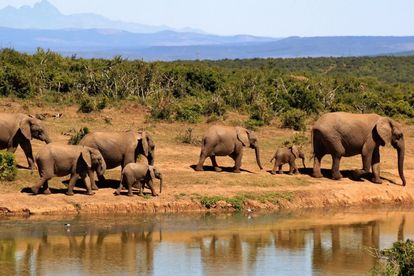 A herd of elephants
Image via: Pixabay

A herd of elephants
Image via: Pixabay

Two men have been arrested for killing two protected elephants in northern Liberia, the head of a national park said Monday.

John Flomo, head of the Wologizi national park, told AFP that the bodies of two elephants were discovered with their tusks still intact in Lofa county earlier this month.

Police arrested two suspects at the weekend, while a third is on the run, he said.

“All animals in the park are protected by law, and anyone caught killing them has to face the weight of the law,” Flomo said.

Liberia, a poor nation in West Africa with swathes of virgin rainforest, is home to between 350 and 400 forest elephants, the Elephant Research and Conservation (ELRECO) group said earlier this year.

The elusive animal is listed by the International Union for the Conservation of Nature (IUCN) as critically endangered, threatened by habitat loss as well as poaching for ivory and bushmeat.

Liberia has sought to protect the animals, imposing fines on anyone caught hunting in conservation areas. The government also launched a National Elephant Action plan in 2017.

But the conflict between humans and elephants has continued, often sparked by hungry tuskers raiding crops, ELRECO’s Tina Vogt said.

In 2019, Liberian police arrested a man for allegedly killing four elephants in the rainforest in the southeast.