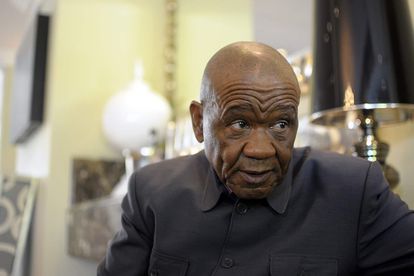 Lesotho’s Prime Minister Thomas Thabane on Thursday reiterated his intention to retire by the end of July “or earlier”, despite risk of prosecution for his alleged involvement in the 2017 murder of his estranged wife.

Ruling party officials and opposition groups have piled pressure on Thabane to leave office over allegations he had a hand in a murder case that has shocked the tiny southern African kingdom.

The octogenarian, whose term is due to end in 2022, has promised to retire by the end of July this year on the grounds of “old age”.

His ruling All Basotho Convention (ABC) party last week rejected his demand for immunity from prosecution after he steps down.

“I wish to once again reaffirm my decision to retire as prime minister,” Thabane said in an address to the nation on Thursday, without setting a clear date for his resignation.

“I have always been consistent that it is my wish to retire from office by the 31st of July, 2020, or earlier… if all the necessary conditions for my retirement are put in place,” he added.

Thabane said the decision was “voluntary” as he was “no longer as energetic” due to his age.

“The government and the political party that I lead will coordinate the process of my retirement,” he assured.

“With a view to ensuring the continued stability of Lesotho (and) guaranteeing that our country is on a good course to reconciliation, unity and economic recovery from the Covid-19.”

Thabane, 80, and his previous wife Lipolelo Thabane, 58, were going through a bitter divorce when she was gunned down outside her home in the capital Maseru, just two days before her husband’s inauguration in June 2017.

Police have since found Thabane’s mobile number in communications records from the crime scene – prompting rivals within the ABC to demand his immediate resignation.

The prime minister’s current wife Maesaiah Thabane, whom he married two months after Lipolelo’s death, is deemed a co-conspirator in the murder case.

She has already been charged with murder and is out on bail.

Thabane suspended parliament for three months in March after the lower house National Assembly barred him from calling fresh elections if he lost a no-confidence vote.

But that suspension has been overturned by the constitutional court, stifling his attempts to remain in power.