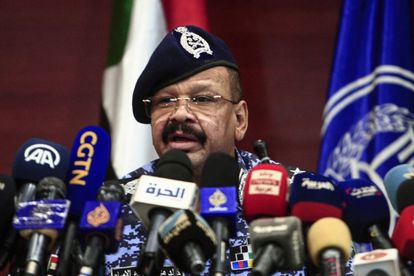 The UN rights chief on Thursday condemned the Sudanese security forces’ use of live ammunition against peaceful demonstrators after 15 protesters were killed on the bloodiest day since the 25 October coup.

UN High Commissioner for Human Rights Michelle Bachelet said her office had repeatedly appealed to Sudan’s military and security forces “to refrain from the use of unnecessary and disproportionate force against demonstrators”.

“It is utterly shameful that live ammunition was again used yesterday against protesters,” she said in a statement.

“Shooting into large crowds of unarmed demonstrators, leaving dozens dead and many more injured, is deplorable, clearly aimed at stifling the expression of public dissent, and amounts to gross violations of international human rights law.”

At least 15 people were killed during the crackdown on Wednesday’s massive protests, raising the toll since the coup to 39.

More than 100 others were wounded, including 80 who sustained gunshots to their upper bodies and heads, the UN rights office said, citing reliable medical sources.

Police said 89 officers had been injured.

The protests were the latest that have rocked Sudan since top general Abdel Fattah al-Burhan – Sudan’s de facto leader since April 2019 ousting of longtime President Omar al-Bashir – last month detained the civilian leadership and declared a state of emergency.

The latest demonstrations were organised despite a near-total shutdown of internet services and the disruption of telephone lines across Sudan.

UN AGAINST COMMUNICATIONS SHUT DOWN

She warned the communications shutdown meant people were “unable to call for ambulances to treat injured protesters, families are unable to check on the safety of their loved ones, and hospitals are unable to reach doctors as emergency rooms filled up.”

UN CONCERNS FOR JOURNALISTS AND MEDIA

Bachelet urged the authorities to release all those detained for merely protesting.

She also decried the increasing targeting of journalists in Sudan, including arbitrary arrests and reports of attempted abductions.

“With the internet shutdowns, the role of journalists in getting essential information out on the current situation is particularly crucial,” she stressed.

“But I fear the increasingly hostile environment against them may lead to self-censorship and further threaten media pluralism and independence.”