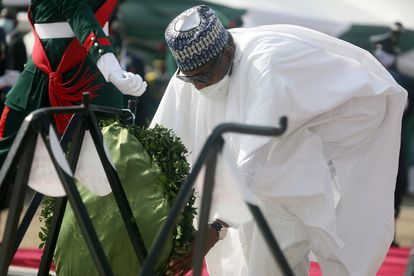 The storm erupted after young Nigerian student, Sylvester Oromoni died on November 30, and a graphic video of the child shrieking in pain on a hospital bed went viral.

Oromoni’s parents allege that he was bullied to death and that the perpetrators are being shielded. The school insists there is no cover up, and that it is cooperating with investigators.

Amid intense media scrutiny, state authorities have shut until further notice the private school he attended alongside children of wealthy and influential families.

The story began on November 22, when Dowen College in the affluent Lekki area of Lagos called Oromoni’s parents, asking them to pick him up after he injured his ankle the day before while playing football.

Oromoni himself said he hurt himself “at soccer,” his father and two siblings told AFP.

But when his eldest brother saw him on November 23, and then his father who arrived in Lagos from Delta state a day later, they suspected it was something else. He had been bullied previously, they said.

Just the month before, he had been beaten up at school by boys who warned they would “kill him,” said his 36-year-old brother, Keyness Oromoni.

“I asked him… this is not just football, what happened to you, tell me! He didn’t say anything, he was just crying, he was in so much pain.”

But the young boy kept mum as they made their way home to the southern city of Warri, where they wanted him to have treatment. Eventually he was in such pain that the family took him to hospital.

On November 29, “he finally said what they did to him… He mentioned the names of the boys and said they gave him a chemical to drink,” his 24-year-old sister Annabel Oromoni told AFP.

His brother also said he told them about five boys entering his room at night and beating him up before forcing him to drink a poisonous liquid.

In a statement, the school said the family had called them that same day to inform them of the child’s allegations. He died the following day.

“We immediately started internal investigations… Sadly we had barely made any head way before the social media frenzy commenced,” the school board said in a statement.

It added that it was cooperating with the authorities and committed to justice.

“We are as shocked as the rest of the world to see our lovely boy look so ill and in so much pain from the videos posted,” it said.

Incidents of bullying leading to death are not uncommon in Nigeria, and perpetrators hardly ever face justice.

The press often reports on cases of school and university students engaging or forcing others into violent practices to join cults.

“Unfortunately the reality is that it can happen in any institution,” said Yinka Ogunde, founder of the Concerned Parents and Educators Network which has 240,000 members.

But, Ogunde said, the Oromoni case “just tilted the scale.”

President Muhammadu Buhari has got involved, urging police to “get to the root of the matter.”

“If this incident is truly arising from bullying or cultism,” a spokesman for Buhari said in a statement, “it must act as a trigger leading to a permanent solution to this recurring problem.”

On December 7, a remand warrant was issued and three housemasters were arrested along with five teenagers enrolled at Dowen, including one boy who local media has linked to a former senator.

All eight were released on bail later that month.

An autopsy conducted in Lagos showed there was “no evidence to establish a case of torture, bullying and forceful application of poisonous substances against the suspects,” Lagos police chief Hakeem Odumosu told reporters last week.

But another autopsy conducted in Delta state before the boy’s body was transported to Lagos suggested a different story.

A copy of that first report seen by AFP noted “bruised flanks/back” and described the cause of death as “acute lung injury” due to “chemical intoxication in a background of blunt trauma force.”

Oromoni’s family, who say they have not yet seen the report of the second autopsy, alleges there was a coverup.

“With five families coming together to try and kill the case, with the school and the government entangled, there is almost no fighting chance for us,” said Annabel Oromoni, on the phone from Canada where she lives.

Lawyers representing the defendants were not available for comment and the school declined to speak to AFP.

The Oromonis say their boy died because powerful interests were at play.

“He was pretty much dying from the inside because everyone was trying to protect themselves,” said the sister, in tears.

Annabel and Keyness Oromoni spoke to AFP before the inquest started on January 15, when the coroner requested that parties refrain from making public comments on the case.

Further sessions are scheduled for Friday and next week, on January 27 and 28.

Also read: Cele wants justice for slain police officer: ‘This killing must anger all of us”