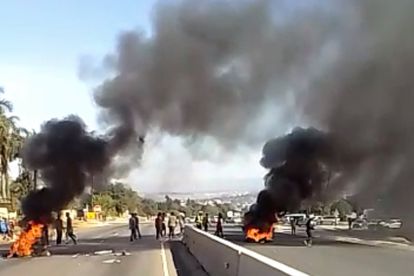 The eSwatini government has once again distanced itself from the pro-democracy demonstrations which have erupted in chaos across the country. The country was the scene of mayhem and violence last week, as residents took to the streets, calling for an end to the absolute monarchy.

The eSwatini government has also denied reports of the army being heavy-handed towards civilians, claiming they had been roped in to protect the kingdom’s assets, which were being targeted during the protests.

There have been worrying videos being shared on social media, showing soldiers and other eSwatini law enforcement officials using excessive force towards civilians.

“The situation in the kingdom has improved significantly this week. Yesterday our acting prime minister announced that normal business operations are resuming,” Khumalo said.

eSwatini government on the internet blackout

There have been growing concerns about the situation in eSwatini. The government even shutdown the internet, something media groups said amounted to a violation of freedom of speech. The minister however has an explanation for this: Khumalo claims on 24 June, they discovered that some of the pro-democracy protests in eSwatini had been hijacked by outside sources, including mercenaries from neighbourhood countries that were bringing in firearms.

He said these “sources” intentionally created a campaign of violence, which lead to the bloody scenes in the previous week.

“We discovered that this was all planned via social media platforms and internet websites that were undercover. So in trying to isolate the threat of the security of our people, we then had to go through a series of elimination which affected internet”

While civil society movements and political parties in eSwatini say as much as 70 people were killed – government has put the figure at 27.