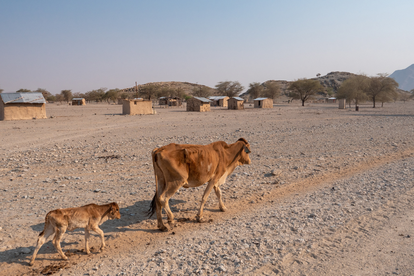 How can we save East Africa’s wildlife from recurring drought: Image: Adobe stock

How can we save East Africa’s wildlife from recurring drought: Image: Adobe stock

Over the past two decades, the Horn of Africa – specifically Ethiopia, Somalia and Kenya – has experienced more intense and frequent droughts.

The affected areas in the three countries include vast rangelands, home to millions of people, livestock and wildlife. These areas are classified as arid and semi-arid lands.

These drylands also constitute a biodiversity hotspot. They harbour endangered species like the hirola antelope, African wild dog, Somali giraffe and Grevy’s zebra. But these species face an uncertain future due to severe and recurring droughts.

I’m a Kenyan scientist and conservationist. One of the hats I wear is as the founder and director of Kenya’s Hirola Conservation Programme. I have over 15 years of experience working with communities and wildlife in remote areas along the volatile Kenya-Somalia border region. I’ve seen at first hand the devastating effect that these droughts have on wildlife and the habitat around them.

For example, from my observations over the past year, I’ve estimated that 30 endangered hirola (about 6% of the global population) have died as a direct consequence of drought. This is based on our monitoring of the herds. Hirola live in a small area and we are able to monitor nearly every herd across their range.

Similarly, and during the same period, the deaths of more than 200 giraffes (mostly young and female adults) were reported by members of the Northeastern Kenya wildlife Conservancies Association and by the Somali giraffe project. This data is estimated from community scout monitoring across conservancies.

There have also been recent reports that about 70 elephants have died over the past year due to drought in the Tsavo area.

The good news is that there are steps that can be taken towards conserving wildlife, which I’ll unpack later.

ALSO READ: SBV employees get 30 years and must pay back R25m after ‘inside job’ heist

Rangelands are already dry areas. Drought adds to the pressure on resources like water and pasture. This makes livestock and wildlife more susceptible to malnutrition, disease, mass mortalities and competition with each other over resources.

In a study in eastern Kenya, I found that between 1970 and 2009, increased drought caused a decline in the area of land covered by grass. Hirola depend entirely on grasses. As a consequence there was a 98% decline in hirola. Elephant populations were similarly affected and there was also a 74% decline in cattle.

Drought also means pastoralists will look for grazing and water closer to, or in, wildlife areas. Livestock diseases could potentially spill over into wildlife populations and cause mass mortalities.

This has happened before. For instance, an outbreak of rinderpest (morbillivirus) among cattle in the mid-1980s killed many hirola. And, in 1991, rinderpest struck in the Mara region and wiped out 95% of the buffalo and wildebeest population.

In fact, since 2021’s prolonged drought there has already been an increase in the number of bovine trypanosomiasis (“sleeping sickness”) cases reported in parts of southern Garissa in Kenya. This is a worry because at least 24 hirola antelopes died from cattle diseases in 1998.

Drought favours the encroachment of invasive woody plants. This reduces the habitats of wildlife species and increases the risk of local extinction.

The hirola and the endangered Ethiopian wolf are some of the species whose ranges have been reduced by warming trends and the spread of woody plants.

The wildlife in these regions live alongside people who are struggling to survive and keep their livestock alive. Poaching has increased in the conservation areas where we work.

Drought conditions have therefore become a major threat to all wildlife species.

Their increased frequency means there’s little or no time to recover before the next drought occurs.

This is what we’re experiencing now. A prolonged drought was declared a national disaster in Kenya in September 2021. A little rainfall in December gave only temporary reprieve. New forage lasted about a month. Partially recharged water sources quickly deteriorated during the hot month of January. Crops did not germinate and wilted without moisture. It is estimated that farmers produced only about 30% of the norm.

People and animals migrated into core wildlife areas which have more undisturbed vegetation compared to open communual areas. On 23 March 2022, the Kenyan government imposed a dusk to dawn curfew in some parts of the region because of increasing resource-based conflicts.

No capacity to deal with changes

The countries in the Horn of Africa are highly vulnerable to prolonged droughts, erratic rains and increased temperatures, but they don’t really have the capacity to cope with these climatic changes. The governments rely on crisis management and the responses tend to be humanitarian, forgetting wildlife.

As I mentioned before, I established and work with the Hirola Conservation Programme. The hirola antelope – classified as critically endangered by the International Union for Conservation of Nature – is among the 10 species most at risk of imminent extinction. The population has fallen by 95% in the last four decades.

We offer some experiences for policymakers to draw on.

Well-managed protected areas are the key in biodiversity conservation. Because wildlife species shift their geographic ranges in response to climate change, it makes sense to create a network of protected areas within a region to accommodate movement. This can also be good for tourism, local employment and incomes.

In line with this, we have a 10-year rangelands project which aims to restore 10 000 acres of grasslands in the Horn of Africa. It creates corridors to connect wildlife habitats.

We have also established two protected areas within the hirola’s native range. Here, elephants are making a comeback and we’ve had increased sightings of African wild dogs, Somali giraffes, lions and Grevy’s zebra.

The national and county governments could build on these efforts.

Our emergency initiatives to cushion wildlife and communities against drought include:

In addition to expanding on these measures, policymakers must invest in water resource management and maintain infrastructure.

As droughts become more frequent, much can be done to reduce their impact. It requires a multi-agency approach which brings communities, government and conservationists together.