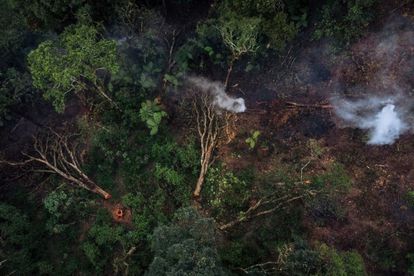 A rebel leader in the Democratic Republic of Congo was jailed for life on Wednesday 22 September 2021, convicted of war crimes in the troubled east of the country and environmental destruction in the nature reserve where he was based.

A military tribunal set up on the edge of the sprawling Kahuzi-Biega National Park in South Kivu province convicted Chance Mihonya, a former army captain who deserted in July 2019, late on Tuesday.

The park, a haven for critically endangered gorillas, marked its 50th-anniversary last month.

Mihonya was convicted on all counts including for the kidnapping and torture in 2019 and 2020 of dozens of people living in villages within the park, which covers about 6 000 square kilometres (2 300 square miles).

He was also charged with recruiting children into his armed group, members of which have been accused of raping at least 13 women and killing a man.

The other convictions concerned the “destruction of protected areas” as Miyona set up his headquarters in the park, brought in weapons, cut down trees, and looted mineral resources.

Mihonya was arrested in May last year during joint operations by the army and park rangers.

The park also faces an emerging threat from a conflict between rangers and local Pygmies, who claim they were robbed of ancestral lands when the park was extended in the 1970s.

The park is listed by UNESCO as a World Heritage site in danger because of the presence of armed groups and settlers, poaching and deforestation.