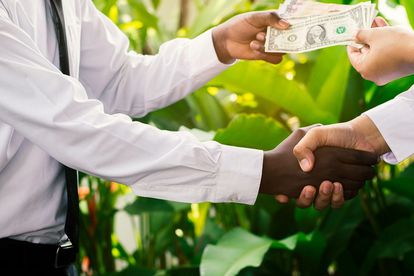 Corruption is commonly defined as the abuse of entrusted power for personal gain.

Understanding and tackling corruption at the city-scale is crucial because cities are increasingly becoming home to much of the global population. According to the United Nations, more than two-thirds of the world’s population will be living in cities by 2050. The fastest urban growth is happening in Africa and Asia.

In our Cities of Integrity project, we worked with urban planners and their respective professional bodies in South Africa and Zambia. The aim was to understand how they experience and deal with corruption in their daily practice. We also sought to imagine creative ways in which their professional community could play a role in strengthening transparency and collective accountability.

As we explain in this animated video, corruption in urban development can lead to dysfunctional infrastructure that does not meet public needs. It also hardwires injustice into city systems for decades.

Urban property is worth more than the combined value of stocks, bonds and shares globally and – especially in volatile economic times – is a hot asset class. The immense fortune that can be made from urban land and real estate also attracts unsavoury characters with a desire to bend the rules.

In this complex context, urban planners are trying to keep the balance between public needs and private interests. This makes them particularly prone to corrupt influences. This is because they allocate development rights – through zoning, for example. They also decide on the location of key public infrastructure such as roads or schools. Such decisions have a great impact on the value of land and the price of property. They can generate large windfall profits.

In our online survey, nearly half (46%) of the 113 South African planners said they had been asked at least once to ignore or violate a planning rule, policy or procedure to achieve a particular outcome.

A similar proportion – 43% – indicated that colleagues, superiors or senior officials had a personal interest in planning activities they oversaw, at least on occasion.

Among our 98 Zambian respondents, these numbers were even higher. 73% had been asked to favour a particular party in their decision-making.

In both countries planners flagged political interference as a major impediment to maintaining professional integrity. This was a more common complaint for Zambian planners.

For their South African peers, the greatest concern was the lack of capacity and efficiency in local government. As one respondent lamented:

Politicians don’t understand oversight. There is a very thin line between oversight and interference, and they cannot differentiate between the two.

In both countries, the majority of planners also believed that land was frequently being captured by powerful interest groups with impunity. Thus, only 15% of South African planners believed that the general public or poorer groups of society benefited most from urban development. Here, our findings also correspond with recent figures from the independent pan-African research network Afrobarometer.

It found that 67% of the general public in South Africa believed that rich people were very likely to get away with bribing officials to falsely register land that does not belong to them.

Finally, both South African and Zambian planners displayed low levels of faith in the effectiveness of current compliance-focused anti-corruption measures. A prevalent sentiment was that some planning codes were “divorced from reality”. They also believed that no procedure could compensate for a lack of ethical principle. As acclaimed public affairs author and former municipal official Crispian Olver aptly noted in one of our public roundtable discussions:

A transparent system, run by people without integrity, is equally corrupt.

In both countries, respondents regarded professional training courses on ethics and integrity as priority measures to be taken by their respective professional associations. However, as our research shows, for such initiatives to not become “tick box exercises”, it is important to understand the local planning context and its specific corruption pressures first, before workshopping appropriate tactics and tools to bolster professional integrity.

While our research suggests that professional integrity has an important role to play in combating urban corruption, we also recognise that individual changes in behaviour alone are not enough to address urban corruption challenges on the continent. Legal reforms of outdated planning laws, public service reforms and greater transparency in procurement processes will be equally necessary.

Nonetheless, we argue that professional networks can play a key role in strengthening collective accountability among urban planners and support them in becoming champions of urban integrity.

Laura Nkula-Wenz, Lecturer and Researcher at the African Centre for Cities, University of Cape Town