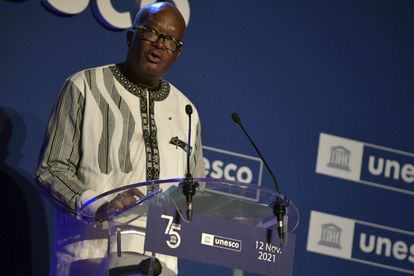 Hundreds protested in the capital of Burkina Faso on Tuesday, demanding the government resign after a jihadist attack killed at least 32 people in the conflict-torn north of the African nation.

Sunday’s pre-dawn attack was one of the deadliest to hit the security forces since jihadist violence erupted six years ago and highlighted frustration at the inability of the government to control the violence.

“We must call out leaders’ inaction while the people bend a little more every day under the terrorists’ yoke,” Dieudonne Zagre, a 34-year-old teacher, said at the protest in Ouagadougou.

“When you’re powerless in a situation, you resign. Enough is enough!”

The conflict, which can overlap with tensions between religious and ethnic groups, has killed 2 000 people and forced a further 1.4 million to flee their homes.

Seven police officers were also killed in a separate attack in Alkoma in northeastern Burkina Faso on Friday.

Three days of national mourning have been declared from Tuesday to Thursday.

After gathering in the centre of  Ouagadougou, the protesters paraded behind a wide black banner bearing the words “Let’s save Burkina Faso”.

A security cordon stopped the protesters as they approached the government’s headquarters demanding the executive’s resignation for its “inability to end terrorist attacks”.

CALLS FOR HEAD OF STATE RESIGNATION

Protests also took place in other locations, including Burkina Faso’s second city Bobo-Dioulasso and Dori, the main town in the Sahel region, which frequently suffers attacks.

Burkina Faso’s opposition last week demanded “urgent measures” amid the deterioration of the country’s security situation and threatened to take to the streets to demand the head of state’s immediate resignation.