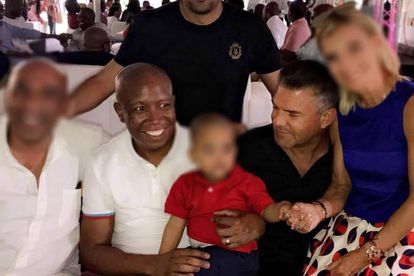 SARS have moved to seize the assets of EFF funder Adriano Mazzotti, as they begin their efforts to reclaim the near R34 million he owes to the tax firm. The self-confessed tobacco smuggler has a very eye-opening history with the red berets and their leader, Julius Malema.

It’s been reported that Mazzotti’s collection of luxury BMW and Mercedes vehicles are being towed away to settle the debt. One of the companies the businessman owns – Real Time Investments – are believed to have an unpaid tax bill totalling R71 million as well.

Adriano Mazzotti is the co-director of Carnilinx, a cigarette manufacturing company which has garnered controversy due to its alleged involvement in the illicit tobacco trade. The dubious association stretches back to 2013, when Mazzotti donated R200 000 to the EFF, prior to the party’s registration. The following year, Carnilinx’s other executive director, Kyle Phillips, helped Malema out of tax troubles with a cool R1 million ‘advance’.

A bad look for the EFF

Pauli van Wyk – an investigative journalist who has constantly been a thorn in the side of the EFF since the VBS Bank scandal went public – tweeted that the authority had acquired a police warrant to acquire Mazzotti’s “moveable properties”, in order to compensate for the money he owes:

Adriano Mazzotti’s connection to the EFF and Julius Malema

Malema has previously explained that his relationship with Mazzotti stretches back to his days in the African National Congress (ANC) Youth League. When Malema was expelled from the organisation he maintains that Mazzotti was one of a few people who stayed in touch with him.

However, it seems the pair have gotten a little too close for comfort over the years. Julius’ wife Mantwa currently resides in the Hyde Park property owned by Mazzotti, inconveniently placing the family right next to this wide web of corruption.

As the Daily Maverick report, “various SARS units” are also continuing to investigate Adriano Mazzotti for his role in the illegal cigarette trade. The tax-evading scam has cheated the South African economy out of billions of rand, and it seems like the auditory firm are ready to stub out his operation.