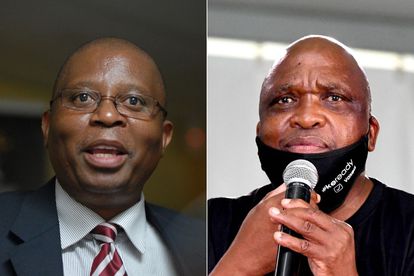 DearSA and AfriForum will be joined by ActionSA as they institute legal action against Minister of Health Joe Phaahla. DearSA and AfriForum launched a court application in which they challenged the COVID-19 regulations that were implemented after the end of the State of Disaster.

Entities believe Phaahla is given more power with the regulations

The two entities want the court to declare the regulations inconsistent with the Constitution of SA and are invalid. Member of Senate and Head of Strategic Litigation for ActionSA Advocate Gill Benson says her party is concerned with the regulations.

Benson revealed that ActionSA believes the regulations give Phaahla powers to both create and amend legislation when he wants.

Benson says the legislation was passed without public participation. Benson further added that entities such as DearSA, alone, have received more than 280 000 objections to the regulations.

“This legislation was passed without any public participation. While we were sleeping they said that they had extended the debate for comment to August 4, then they implemented roughly a copy and paste of edits of that same legislation anyway, notwithstanding that entities like DearSA alone have received over 280 000 objections to it,”

According to SABC News, Benson explained that the argument they are focusing on is the irrationality and unconstitutional way in which the regulations were passed.

“So really what we’ll be doing and focusing our argument on, we are in the process of preparing our papers, we will be focusing on irrationality and the unconstitutional manner in which the regulations have been passed,”

Trade union Solidarity has launched legal action against the new COVID-19 regulations.  The extended regulations have received an array of reactions from people in South Africa since it was announced.

Solidarity says the health regulations that were published by Minister of Health Joe Phaahla were both irrational and unlawful. The regulations were recently published in the Government Gazette.

CEO for Solidarity Dr Dirk Hermann says the letter has already been issued to Minister Phaahla. According to Hermann, the minister was requested to disclose how the decision on the regulations was reached.