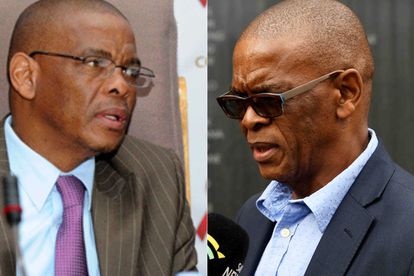 Former ANC SG Ace Magashule believes the corruption charges against him was a deliberate move to prevent him from running for the party’s presidency. Photo: GCIS / Flickr

Former ANC SG Ace Magashule believes the corruption charges against him was a deliberate move to prevent him from running for the party’s presidency. Photo: GCIS / Flickr

Magashule did not want the case to be postponed

The charges are relating to a R255 million Free State asbestos tender. The roof removal project from 2014 was not completed. Magashule requested that the court not postpone the matter on Friday morning.

He believed that the case would speed up. However, the case was postponed to 23 September 2022. The pre-trial case against Magashule and the 16 co-accused was postponed pending his appeal at the Supreme Court of Appeal (SCA) for the matter to be thrown out of court.

During his appearance at the Bloemfontein High Court, Magashule said the National Prosecuting Authority (NPA) allowed itself to be used by politicians. The State denied Magashule’s accusations.

Magashule stated that this was a “deliberate plan” he added that it created a perception that he and the 16 co-accused were corrupt.

“From the onset when I was arrested, the prosecuting authorities said ‘we have a case and that’s why we arrested you and we want a speedily case’. And out in the public eye, we are these corrupt people who don’t want to respect the law, and we were promised the presiding authority that we were supposed to have actually dealt with this case last year. And it has been postponed… you are going to hear the National Prosecuting Authority saying it’s us delaying the case,”

Magashule further stated that the corruption charges against him were a move to discourage him from running for the ANC’s presidency at the December elective conference. He said it was a deliberate move to prevent him from taking over leadership of the ANC, reports EWN.

In other news making headlines, Public Protector Advocate Busisiwe Mkhwebane has suffered yet another defeat as the Western Cape High Court dismissed her latest attempt to interdict Parliament from forging ahead with its inquiry into her fitness to hold office – and to also prevent President Cyril Ramaphosa from suspending her.

The court announced the judgement on Friday morning, 10 June 2022, just a day after Ramaphosa suspended the public protector.

Public Protector advocate Busisiwe Mkhwebane put forth arguments to the Western Cape High Court, explaining why the president cannot suspend her as well as why the section 194 committee probing her fitness to hold office cannot continue. Read the full story here.