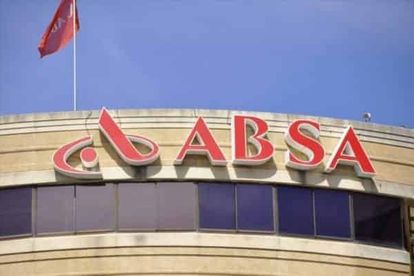 Clad in BLF regalia, leader Andile Mngxitama told News24 that he commended Public Protector Busisiwe Mkhwebane for saying that the Reserve Bank had to be reformed to serve the interests of the people, lauding her for showing leadership and vision that would help transform South Africa in the interests of the majority.

“We have already written them a letter to advise them that they must pay back the money and they have told us that they are not going to do so; they are going to go to court. Why go to court when four investigations have shown that money is stolen? [The] evidence is overwhelming,” said Mngxitama.

Mngxitama said that three other investigations – by Judge Dennis Davis, Judge Willem Heath, and the CIEX – had found Absa to have unlawfully benefited from the South African Reserve Bank, making it a “criminal organisation”. He said that the government should not be doing any business with the “rogue organisation”.

The bank, also owned by London-based Barclays, was asked to pay back misappropriated public funds it had received in a bailout by the Reserve Bank during the apartheid years after the findings of the public protector made last week.

He said that they were left with no option but to protest, adding that this is just the beginning as the Absa branch shut down its garage doors to the public.

“After five days, if Absa does not indicate paying back the money, we are going to shut down Absa nationally, not just here in Gauteng,” he said.

The pickets are taking place across various Absa branches in Gauteng, including branches in Johannesburg, the West Rand, Sedibeng, and Tshwane.

Mngxitama said that the bank had been asked to pay back R1.1bn, an amount which Mngxitama says is far lower than what was allegedly “stolen” by the bank.

“The real corruption which involved billions – not small change – is white corruption, and Absa and banks in South Africa are the most corrupt institutions. We want our government to withdraw all its accounts with Absa, and we must set up a black bank and a state bank which can serve the interests of black people,” he said.

The former EFF member explained that the party did not want the money to be spent by government, but to rather be redirected to the youth.

“The money must go to free education for black people, and also the money must go to the black youth which is unemployed, which has got no further education, which is in the townships, sitting there in despair, with no income, and with no future. That money can kick start their careers so that they become useful members of society,” he said.

Mngxitama lambasted the Economic Freedom Fighters (EFF) and its leader Julius Malema. He said that, in 2015, they had said that they would occupy Absa, but Malema allegedly sat with representatives of Queen Elizabeth II and members of British “imperialism”.

He further alleged that the EFF leader was told not to occupy Absa. Mngxitama said that Malema was tired of counting British pounds and that he had been “kissed by the Queen”.

He said that the EFF and Malema are agents of white monopoly capital who “just speak to fool our people to say they are for economic freedom, or they are for land, they are not for any of those things”.