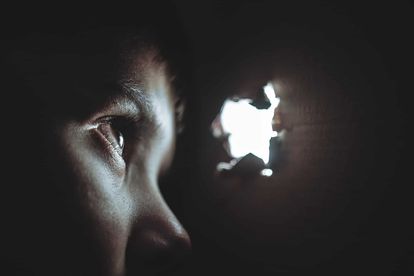 A man in Krugersdorp who faces a string of child pornography-related charges, is expected to learn how long he will spend behind bars on Tuesday, 1 September 2020.

The 40-year-old man was handcuffed in August 2019, as a result of an investigation by the United States’ (US) Federal Bureau of Investigation (FBI).

According to Krugersdorp News, a local news outlet, the man had been arrested together with his wife, who was later released on bail.

The FBI had alerted the local authorities about the suspect, after he was linked to an online chat forum where explicit child pornography was shared. Mans was tracked through an IP address.

“In August 2019 Riaan Mans was arrested by police in Krugersdorp, Gauteng, for possession and distribution of child pornography. The Federal Bureau of Investigation (FBI) alerted the SAPS’s Serial and Electronics Crimes Unit about the matter”, the National Prosecuting Authority’s (NPA) Anelisa Ngcakani said in a statement.

Authorities were shocked to find the accused’s phone full of pictures of naked boys and girls as well as inappropriate photos of his stepdaughter.

He was subsequently released on R10, 000 bail, which came with strict conditions, including that he does not leave Krugersdorp, nor was he allowed to have a cellphone or be on social media. The man was also ordered to report to the Krugersdorp Police Station twice a week.

The FBI’s intervention led to the arrest of another man in Port Elizabeth, who was convicted of possession and distribution of child pornography.

The man, Kerwin David Budden, has also opened up to the authorities about his crime and admitted to sharing child pornography on social media platforms.

The case was set to continue on Monday, 31 August 2020, however Budden was in self-isolation as per COVID-19 protocols.

The matter has been postponed to 10 September 2020 when he will be sentenced.

“Mans confessed to police that he had shared the content with various people including Budden from Port Elizabeth. Police obtained a search warrant and in collaboration with America’s Homeland Security found several child pornographic images in the cellphone and laptop of Budden”, Ngcakani said.