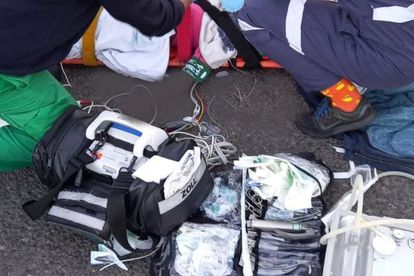 A 10-year-old girl was struck down and killed by a car in Kraaifontein in Cape Town.

According to Netcare911 spokesperson Shawn Herbst the accident happened at around 17h39 on Friday.

“Paramedics responded to the accident on the corners of Botfontein and Bottelary Road in Kraaifontein, Cape Town.

“Reports indicate that a pedestrian had been struck down by a speeding car.”

He said paramedics assessed the scene and found a 10-year-old girl who had sustained critical injuries.

“The fire and rescue services, as well as metro ambulance services and law enforcement was on the scene.”

He said the girl was treated on the scene by paramedics and, once stabilised was transported by ambulance to a hospital for further care.

Meanwhile also in Cape Town, two children, a four-year-old girl, and a 10-year-old boy have been shot and killed in the crossfire of rival gangs the past week.

Police are investigating the murder of a 10-year-old boy who was shot and killed when he was caught in the crossfire of rival gangs in Manenberg in Cape Town on Friday morning.

POLICE ARE INVESTIGATING BOTH MURDERS

This comes days after a four-year-old girl was killed when she got caught in the crossfire of rival gangs in Ottery.

Police said detectives are probing the death of a ten-year-old boy following a shooting incident around 10:30 on Friday morning.

The shooting happened on the corners of Priscilla Ngeni and Chemist Mlungu Streets in Tambo Village.

“It is believed that five unknown suspects fired randomly at each other and that the victim was caught in the crossfire of these rival gangs. He was admitted to hospital, where he later succumbed to death.”

Four-year-old Scarlett Cottle was reading a book in bed on Wednesday evening when three gunmen opened fire on the wendy house in which she lives.