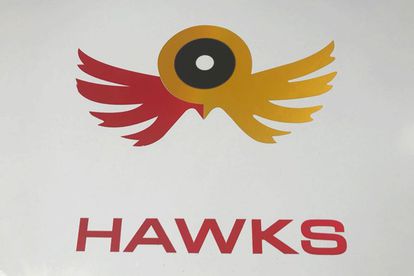 The Hawks have nabbed suspects, including an 81-year-old for corruption, fraud and money laundering. PHOTO: centralnews.co.za

The Hawks have nabbed suspects, including an 81-year-old for corruption, fraud and money laundering. PHOTO: centralnews.co.za

An 81-year-old elderly man is among the seven suspects facing charges of fraud and corruption in the Free State.

The suspects are to appear before the Bloemfontein Magistrate’s Court on Thursday. They are aged from 31, with the oldest being an 81-year-old man, said the Hawks.

The charges come after three officials from the Department of Public Works in the Free state allegedly defrauded the department in 2017. Two company directors were also allegedly involved in the fraud by submitting inflated and fraudulent invoices for the leasing of two properties to the State.

“After the department made payments to the service providers, transfers were then made to these officials and to other private individuals who were allegedly used for money laundering,” said Hawks spokesperson Captain Christopher Singo.

The 81-year-old and his accomplices allegedly defrauded the department a total of R3 million.

“The matter was reported to the Hawks’ Serious Corruption Investigation team based in Bloemfontein for further investigation. The seven suspects were served with summons between 22 June and 7 July 2022.”

FOREIGN NATIONAL HEADS TO JAIL FOR FRAUD OF TERS FUND

A foreign national who is a director of a company is facing time in jail for defrauding the Covid-19 temporary employment/employee relief scheme (TERS) fund.

Chisoko Songiso, 32, now faces eight years in jail for the fraud. His sentence was handed down by the Specialised Commercial Crimes court in Pretoria.

Songiso applied for TERS funds back in April 2020 just after the country was hit by the pandemic. He applied for the TERS funds after creating ghost employees for his company Lejiko Capital (Pty) Ltd, said Hawks spokesperson Warrant Officer Bonnie Nxumalo.

“The application was successfully processed and more than R937 000 was paid into the company’s account where it was transferred into Songiso’s personal account.”

Once the discrepancy was discovered, Songiso’s fraud was reported to the Hawks for investigation.

Upon investigating, it was found that Songiso is also an illegal immigrant. A warrant of his arrested was issued by the court, said Nxumalo.

“He was traced to Kelvin, Johannesburg, where he was apprehended in January 2022. He was charged with theft, money laundering and contravention of the Immigration Act,” Nxumalo said.

Songiso pleaded guilty to all three counts last week. He has been in custody since his arrest and was sentenced four days after his guilty plea.

“He received eight years’ imprisonment for theft and money laundering with additional three months for contravention of the Immigration Act,” Nxumalo said.