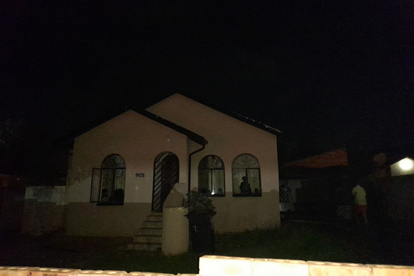 A 50-year-old man faced a court charge for the alleged kidnapping of 50 Ethiopian men on Monday. The appearance follows after the audacious incident was uncovered in Johannesburg last Friday night.

As TheSouth African reported last weekend, a police arrest in the Johannesburg CBD connected the officers to a house in Zakariyya Park near Lenasia, where the police were shocked to discover 50 kidnapped Ethiopian men aged between 12 and 50 hidden in the house.

The tenant of the house and key suspect has since been arrested. He has been identified as Ahmed Kafecho, aged 50.

The suspect allegedly organised the transfer of the victims from Ethiopia to South Africa, before capturing them on arrival before they could reunite with loved ones here in Mzansi. Kafecho was driving the victims when he decided on the kidnapping of the 50 men in order to demand cash from their families to release the victims.

The court has requested extended time to launch further investigations while the Department of Home Affairs looks into the immigration status of the victims.

“The attempted extortion and kidnapping alternative counts stems from allegations that the accused demanded money from the families of the men held captive, in exchange for their release,” she added.

Meanwhile, police are trying to establish how exactly did the 50 men set foot in South Africa. The officers have also confirmed communication has been made with the families of the victims.

Police said they were working with Home Affairs to establish how the Ethiopian nationals had entered South Africa and to determine their status in the country.

Police also said they are in direct contact to give regular updates to the families of the kidnapped victims.