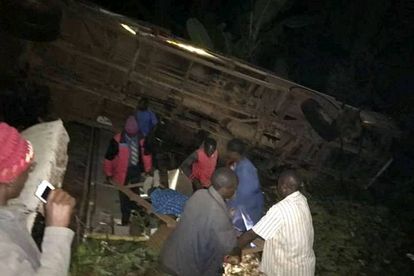 Zimbabwe police confirmed that 35 members of the Zion Christian Church (ZCC) in Zimbabwe died in an accident in Chimanimani on Thursday night, 14 April. The bus was reportedly on the way to an Easter church gathering.

According to the local police, 106 ZCC church members were aboard a bus that belonged to Charles Lwanga Secondary School that veered off the road and fell into a gorge.

“As a result of the accident 35 people died while 71 others were injured. The bodies of the victims were taken to Chipinge Hospital for post-mortem while the injured were referred to the same institution for treatment, with 13 being critically injured,” said the police.

The Herald reported that Nyathi said the ZCC congregants were being transported to an Easter church gathering and according to preliminary police investigations, the bus was overloaded.