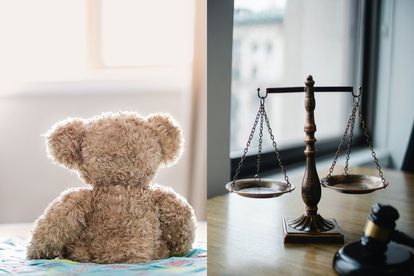 The 30-year-old man accused of raping three minor relatives was reported to police by the granny of his victims. Photos: Flickr

The 30-year-old man accused of raping three minor relatives was reported to police by the granny of his victims. Photos: Flickr

A family was left devastated after three young children were sexually assaulted but the pain intensified when it was learned that the rapist was a relative. Now the children can begin to move forward knowing their assaulter will spend life in prison.

GRANNY TURNS IN RAPIST RELATIVE TO THE POLICE

The Pietermaritzburg Regional Court, sentenced a 30-year-old man to three terms of life imprisonment after he pleaded guilty to raping three of his family members.

The children, two boys and a girl, were aged 12, 10 and 8 years old at the time of their life-changing ordeal.

The children stayed with their granny in Impendle of the Umgungundlovu District Municipality in KwaZulu-Natal.

The convicted rapist, who was a relative, came to stay with them as he had no other place to live.

He raped the children between April to June 2021, until he was eventually caught by the granny. She immediately called the police and he was arrested shortly after being reported.

The children were taken to the Edendale Thuthuzela Care Centre, where they received psychosocial and medico-legal assistance.

THREE MONTHS OF TERROR FOR THE CHILDREN

The man pleaded guilty to all three counts of raping the children, on various occasions.

The State’s case was led by State Advocate Clementine Zenzile Mchunu who handed in Victim Impact Statements, compiled by the children and their granny.

“In their statements, all the children said that the incident has left them scared and they cry all the time. They are also performing poorly at school, and they wish that they never see the man again,”

The granny said that the rapist had abused her hospitality and trust by violating the children.

“The NPA welcomes the successful prosecution of this matter, and we commend the work done by the prosecution and police. This sentence is indicative of the seriousness with which we view crimes such as rape,”

READ MORE: Boy raped in hospital while awaiting surgery – mother tells it all