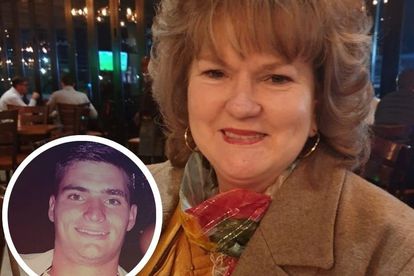 The 25-year-old was arrested on Monday in Cromdale, Nelspruit Photo: Radio Laeveld 100.5FM

The 25-year-old was arrested on Monday in Cromdale, Nelspruit Photo: Radio Laeveld 100.5FM

A 25-year-old man is behind bars after being charged with the murder his grandmother on Monday.

VICTIM ASSAULTED UNTIL SHE DIED

“He is facing charges of murder, malicious damage to property and defeating the ends of justice.”

“It is alleged that on 28 February 2022, the accused and the victim had a heated argument.”

Nyuswa said the argument led to the accused assaulting the victim until she died.

“Peters was arrested the same day at the scene.”

The matter was remanded to 10 March for a formal bail hearing.

In a separate matter, a harsh and stern message has been sent to gender-based violence perpetrators through life in prison sentencing for murder.

LIFE IN PRISON FOR MURDER

This as the Benoni Magistrates Court sentenced Mxolisi Msimanga, a 29-year-old male to life in prison for murder.

According to Police spokesperson Captain Amanda van Wyk, Msimango also faced a charge of possession of a dangerous weapon.

“On Tuesday evening, 2 June 2020 Msimango had an argument with his girlfriend.

He then called his neighbour, a 51-year-old woman, to come over and mediate the argument between him and his girlfriend.

“When the neighbour arrived, Msimango stabbed her with a knife.”

“Msimango’s neighbour was rushed to hospital by her husband where she was certified dead on arrival.”

The case was assigned to Detective Pelokgolo Godfrey Makola who immediately pieced all the available evidence together.

“It is through his relentless investigation that led to the arrest of Msimango.”

Detective Constable Makola was awarded with a Certificate of Appreciation by Ekurhuleni District Commissioner, Major General Anna Sithole for leaving no stone unturned to ensure that the family of the victim find closure.

In another case, Detective Warrant Officer Vusimusi Patrick Kunene received two Certificates of Appreciation for securing 15 years in prison for an accused who committed robbery with a weapon other than a firearm.

In a separate case, another accused was sentenced to 15 years in prison for armed robbery; both cases occurred in August 2021.