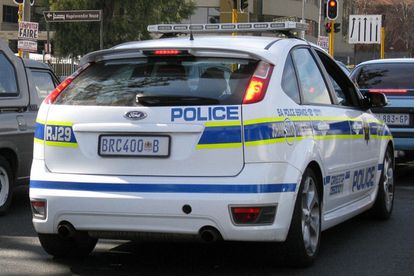 Police man Roebel Botha who has been fighting for compensation for 24 years has finally won his case. Photo: lemoncat1 / Flickr

Police man Roebel Botha who has been fighting for compensation for 24 years has finally won his case. Photo: lemoncat1 / Flickr

After 24 years, an SAPS officer who was injured on duty is due to receive some compensation. Roebel Botha suffered a neck injury while training for the SAPS’ specialised reaction force.

A second injury on duty caused more trouble for Botha

He was then involved in an accident when the police vehicle he was a passenger in collided with a taxi. He was chasing a suspect. The consequences of his neck injury were terrible and he had a spinal stroke.

Botha later underwent a spinal fusion. The car crash occurred just three months after his spinal fusion and he was forced to have another. The Compensation Commissioner refused to give Botha compensation for the car accident.

This was in terms of the Occupational Injuries and Diseases Act on the grounds that Botha had a pre-existing condition. Botha then made his way to the Gauteng High Court. The court set aside the Commissioner’s decision.

The High Court declared that the former officer was 60% permanently disordered. It order the commissioner to calculate how much was owed to Botha.

Botha said he was 100% permanently disabled and took the matter to the Supreme Court of Appeal.

The SCA evaluated the car crash injury and muscle spasms faced by Botha as well as the neck injury he suffered in training. Despite a doctor stating that Botha was permanently unfit for work, the commissioner refused to award him compensation.

The case was eventually won in his favour

Judge Nicholls said that the commissioner should have obtained further medical reports, reports IOL. She explained that the tribunal should bear in mind that their employees must be assisted as far as possible.

Due to the fact that Botha had been injured 24 years ago, Judge Nicholls told the tribunal they had six months to calculate how much he is owed.

ALSO READ: Behind on Child maintenance? Courts may attach assets to force payment