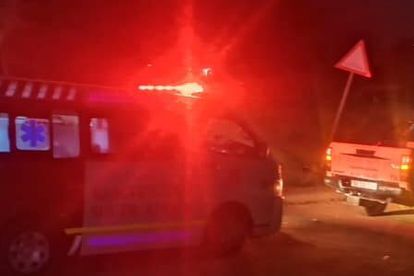 A 23-year-old female was raped and robbed of her cellphone while walking in the dark in Oaklands, KwaZulu-Natal on Friday, 4 November.

RAPED AND ROBBED 23-YEAR-OLD VICTIM RUNS FOR HER LIFE

A resident of Firwood Road contacted Reaction Unit South Africa (RUSA) at approximately 19:27 after the emotional female arrived at their residence seeking assistance.

“Reaction Officers were dispatched to the scene and on arrival met with the victim.”

SOMEWHAT DETAIL OF THE UNFORTUNATE INCIDENT

The company says the 23-year-old explained that she was walking from Oaklands to Mhlasini in Everest Heights when she was confronted by two men in a white Opel (model and registration unknown).

“One of the suspects produced a cane knife and instructed the woman to enter the car. They drove her to an isolated location before one of the suspects dragged her into a bush and raped her. She managed to flee through dense vegetation when he attempted to rape her for the second time,” RUSA detailed.

The company further detailed that the woman thereafter sought assistance from residents.

The female informed Reaction Officers that she was also robbed of her cellphone.

Reaction Officers conducted an extensive search for the suspects, however, no arrests were made.

Meanwhile, four men in a white VW Polo sedan with an NU registration are being sought for two separate robberies that occurred on Marula Circle in Trenance Park on Thursday.

RUSA says residents received multiple calls from the public reporting a shootout in the area.

“All available Reaction Officers were immediately dispatched to the scene and arrived at approximately 10:08. It was established that the occupants of the VW Polo robbed fibre installers for spades and picks before they entered a property and held a family including three children aged between 4 and 7.”

“The robbers demanded cellphones, jewellery and cash. They were disturbed by the fibre installers who attempted to confront them. The suspects stole two Huawei cellphones from the residence before they exited the house and fired shots at the construction company employees”.

No arrests have been made so far.