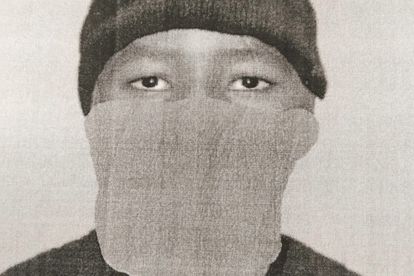 The police in Free State have launched a manhunt for two suspects who gang-raped a 20-year-old girl.

Police spokesperson Captain Stephen Thakeng said on 4 April 2021 at about 04:30 a 20-year-old woman was walking home from a traditional ceremony with her boyfriend.

The couple was then accosted and attacked by two unknown men.

Thakeng said the woman was allegedly dragged to a nearby open space at Kgotsong Bothaville where she was raped at knifepoint by the two suspects.

The incident was reported at Bothaville Police Station where a case of rape was registered.

The case was assigned to Lejweleputswa District FCS for further investigation.

“The identikits of the suspects were compiled and residents are requested to assist the police in tracing them.”

Should anyone have information leading to the arrest of these suspects, Detective Sergeant Nomthandazo Mtengwane of Family Violence, Child Protection and Sexual Offences Unit  can be contacted at 073 3381 143 or Crime Stop at 0860010111.

In a separate incident, a case of kidnapping and extortion has been opened at the Odendaalsrus Police Station after bogus cops kidnapped and robbed a man.

Police spokesperson Captain Stephen Thakeng said on Tuesday, 2 March at about 12:00 a 34-year-old self-employed man was at his residence in K10 Kutloanong Odendaalsrus.

He said while he was home, a white Ford stopped in front of his gate with four occupants.

“He was talking to them behind a locked burglar gate and they told him there was a laptop stolen by him from the farm where a white female was raped and stabbed.”

“One of them took out an Appointment Certificate Card with a photo of a police officer.”

Thakeng said the man then opened the door and told him he was under arrest for possession of stolen property.

“He was instructed to come with them to point out where he sold the laptop.”

He said the victim was further instructed to take his identity document and cellphone.

“When they reached Number 5 Tshepong mine hostel, they made another U-turn towards the Wesselsbron direction.”

“The person sitting next to him told him that they must talk since he could see the victim is a good man. The victim told him he can afford R1500.”

He said they parked beside the road under a tree and asked him to open his Capitec Cellphone application to see how much he has in the account.

“The driver took the cellphone and transferred R12700-00 cash to another person and deleted the transaction and gave the cellphone back to the victim.”

Then they drove back with him and dropped him in Odendaalsrus CBD.

The four African men drove off in the direction of Welkom.

“He went straight to Odendaalsrus Police Station and a case of kidnapping and extortion was registered.”

Should anyone have information leading to the arrests of these bogus cops, Detective Constable Ntesang Mokae of the Provincial Organized Crimes Unit can be contacted at 069 196 1680