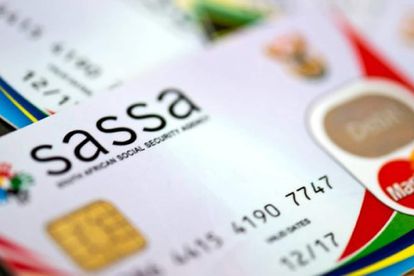 In a briefing to the Committee, the Auditor-General (A-G) shared where the bulk of the irregular expenditure was. It confirmed that most of it was incurred by the South African Social Security Agency (SASSA).

Millions of social grant recipients & their dependents will suffer if this fraud remains unabated.

It is deplorable that poor SAns have to bear the brunt because opportunistic criminals are stealing money meant to assist the most vulnerable groups. https://t.co/kBunbXeW91

The Democratic Alliance (DA) has reacted negatively to the news, according to its member of parliament (MP) and Shadow Minister of Social Development, Bridget Masango.

“Sassa has a significant obligation of meeting human and social needs of the poor and vulnerable communities. However, in recent years, it has been failing to effectively carry out this functions [sic]‚ because of poor management, rampant corruption, irregular expenditure and fruitless spending.”

PFMA called on to act on reckless expenditures

The Public Finance Management Act (PFMA) appears to be ineffective when it comes to curbing such incidences. The act states how government department accounting officers are required “to take effective and appropriate steps to prevent irregular expenditure.”

The act also outlines how disciplinary measures are to be taken against officials who are found guilty of irregular expenditure. Masango felt that it was now the department’s responsibility to strengthen its financial control systems.

The DA also hoped it would hold those guilty at SASSA and the DSD to account. Bringing those responsible to book would allow such an incident to be avoided in the future.

SASSA money not going to the rightful recipients

“Social spending that should be focused on the 17 million disadvantaged recipients and has been misappropriated and diverted by corrupt officials and politicians. It is quite astonishing how a department with the second biggest national budget is failing to provide proper services to the poor and most vulnerable.”

The DA member of parliament shared how South Africa’s social services were “in disarray.” She also noted how the newly introduced functions of the South African Post Office (SAPO) were already showing signs of failure.

The shadow minister said SAPO was “falling prey to fraudulent and opportunistic activities that have plagued the grant system for years.” She revealed how the department had “completely disregarded” keeping with compliance and regulations for the past two years.

Masango blamed the ongoing irregularities on the inaction from management. She said they had failed to act on officials who neglected their duties and openly contravened legislation.

The DA member of parliament added:

“If the status quo continues, millions of social grant recipients and their dependents will be put at risk. For many South Africans their social grants are the difference between food on the table or going hungry.”

The political party noted how all South Africans deserved much more than what the African National Congress (ANC) government was providing. She blamed the state for “continuously” neglecting its duties to the nation.