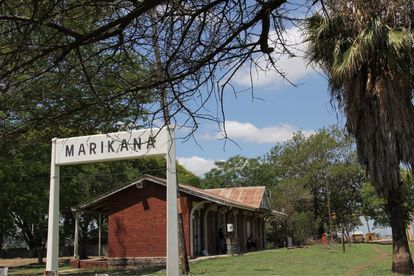 15 men accused of various crimes during the Marikana Massacre are set to appear in court. Photo: Jean / Flickr

15 men accused of various crimes during the Marikana Massacre are set to appear in court. Photo: Jean / Flickr

A case put against 15 men in 2012 is at the North West High Court. Some of the men are being charged with the murder of ten people. The incident occurred during the Marikana Mine strike in Lonmin.

The men are set to appear in court for various charges

The men are expected to appear at the Mogwase-based court on Monday, 14 March. This follows an application filed with the North Gauteng High Court to have the charges placed against them withdrawn.

The men are facing charges of malicious damage to property, robbery, unlawful possession of firearms and murder. According to SABC News, the murder charges are related to the killing of ten people.

The alleged incident occurred on the day when 34 mineworkers were killed by police. The workers were striking at the Lonmin Platinum Mine Operations in Marikana. The incident made international headlines and was dubbed the ‘Marikana Massacre’.

The State has alleged that the accused killed six workers who were not striking, two policemen as well as two security officers employed by Lonmin.

The lawyers who are representing the ten men filed an application with the North Gauteng High Court in Pretoria. The lawyers’ application hopes to see their clients’ charges either reviewed or completely dropped.

In other news making headlines, Cape Town police have launched a manhunt for the gunmen who allegedly shot and killed five people in Khayelitsha on Monday morning, 14 March.

Four men and a woman were shot and killed in the early hours of Monday. Potelwa said reports indicate that the unknown suspects approached shacks located at the Monwabisi Park informal settlement in Endlovini and opened fire.

A 72-hour activation plan – to mobilise the resources necessary to track down the suspects – is underway. Read the full story here.