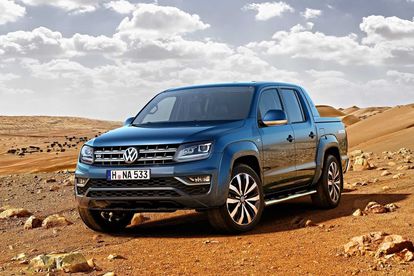 For VW bakkie fans the wait is over as a high-output version of the Amarok has now been priced for delivery in South Africa.

The only German double cab bakkie which has ever found favour with local buyers, VW’s Amarok is a remarkable offering. Unlike all of its Japanese and American double cab rivals, the Amarok offers terrific high-speed cruising and power, thanks to a three-litre V6 engine.

VW Amarok still the leader of the pack

Although VW continues to market both the two-litre four-cylinder and three-litre V6 turbodiesel variants, most of Amarok sales in South Africa concerns the larger capacity engine. Toyota, Ford and Isuzu have no counter to VW’s V6 double cab.

Introduced to the local market back in 2017, VW’s V6 Amarok has now been upgraded with even more power and performance, making it much faster than any rival bakkie.

For those double cab customers who found the three-litre V6’s 165kW and 550Nm of torque underwhelming, the new three-litre Amarok registers a notable improvement.

VW’s engineers have managed to evolve the engine and boost more performance from it. Peak power is now 190kW, while the torque value remains unchanged. That is a 15% gain in power, but Amarok offers even more…

More power under the hood for overtaking

The engine has an overboost function, increasing turbocharger pressure for up to 20 seconds, when required. When a surge of overtaking acceleration is needed, an Amarok V6 on overboost delivers 200kW, enabling very safe overtaking margins when travelling on South Africa’s highways, crowded with heavy long-haul trucking traffic.

Balancing the Amarok V6’s driveability is an excellent ZF eight-speed automatic transmission. The interesting source detail about this amazing bakkie powertrain, is that its core engineering was originally done by Audi.

When the German luxury vehicle brand started developing a three-litre V6 turbodiesel engine to deliver a blend of performance and long-distance driving economy for customers of its large sedans and SUVs, VW recognised the potential.

As the Amarok bakkie project matured and customers were demanding more power, VW investigated the applicability of Audi’s three-litre V6 engine. It was an easy fit and so the German high-performance double cab bakkie came into being.

VW’s South African bakkie business might only be a fraction of Toyota or Ford’s, but in the market for high-performance double cabs, it is now indisputably unrivalled.

Who is Itumeleng Khune’s wife? Five things to know about Sphelele

Over the moon! Buzz Aldrin ties the knot – on his 93rd birthday!