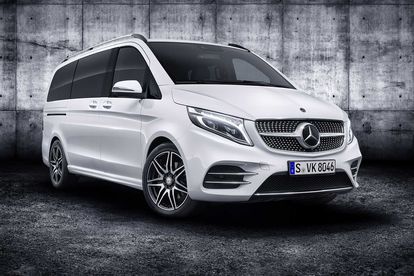 SUVs might be the most popular family vehicle for South Africans with significant disposable income, but there is nothing that quite rivals a luxury MPV.

Mercedes-Benz markets its line of V-Class multi-seat vans locally, and although most are used as shuttle transport, they do offer enormous capability for families on the move.

Built upon the Vito platform, the current generation V-Class has been on sale since 2014. It has undergone upgrades and added new safety technologies in that time, but now is the turn for some more sophisticated engines.

Well over five metres in length, the V-Class is an enormous vehicle with the ability to carry a multitude of passengers in exemplary comfort and space. But that also means that it is heavy, especially when laden with a full tally of passengers.

The V-Class can accommodate eight occupants, dividing between two individual seats and a three-seater bench. As you would expect from an MPV, its seating configuration is highly customisable.

Mercedes-Benz’s local V-Class range has thus far been marketed in three engine derivatives: V200d, V220d and V250d. But for those customers who want to drive without burden in the far right-hand lane of the highway, there is now a more potent V300d options.

Improved driving dynamics and beyond

This latest addition to the V-Class range is powered by Mercedes-Benz most sophisticated two-litre turbodiesel engine. It might sound somewhat ridiculous to imagine that a small four-cylinder engine could deliver appropriate performance for a vehicle of such size, but the V300d proves compact size isn’t everything.

Rated at 176kW and 500Nm, the V300d’s turbodiesel engine is paired to a nine-speed automatic transmission. It offers a superior driving experience in both performance and refinement, compared to the other V-Class engine options, which are based on the ageing 2.1-litre turbodiesel engine

Beyond the improved driving dynamics offers by this V300d engine, the headline V-Class tallies a fair specification. It rolls on 19-inch alloy wheels and has integrated SatNav.

For a vehicle of its size, parking assistance is a necessity. To this end, the V300d features both a rear-view camera and park distance control sensors.

Mercedes-Benz is marketing the V300d in three trim levels. There is a standard version, at R1 440 203 and an Avantgarde AMG Line, priced at R1 515 183. The V300d Exclusive adds a sliding panoramic sunroof, adaptive cruise control and surround-view camera functionality, for a price of R1 645 880.