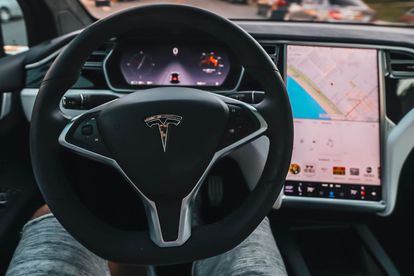 Law enforcement and the future of traffic stops for autonomous cars. Photo by MasterDrive South Africa

Law enforcement and the future of traffic stops for autonomous cars. Photo by MasterDrive South Africa

The CEO of MasterDrive, Eugene Herbert, says rather than leaving this question unanswered it was encouraging to see a company from the USA demonstrate how autonomous trucks can be pulled over. “The company in question, Embark, along with state and local law enforcement, built communication protocols and standard operating procedures between autonomous trucks and officers to enable traffic police to continue as usual.

“Once the protocol and procedures were completed, Embark then filmed a demonstration of this capability in action. Embark is the first company to consider this part of autonomous vehicles and then make it possible to enforce. This addresses an important misconception that many drivers may hold about autonomous vehicles – that they are above the law.”

Whether autonomous or not, every vehicle must be able to stop for police officers. “Licensing and registration still depend on a human owner and various other tangibles exist that do not make the need for a pullover redundant. Yet, how does an officer know from a distance that a car is autonomous? This is what Embark successfully addresses.”

In a South African context, while stopping for law enforcement is important it is a concern far down the line as more important issues need to be addressed first. “Before autonomous vehicles can even be a consideration in South Africa there are critical issues that need to be resolved.

“The first is the unstable power supply. Another is the existence of reliable and countrywide 5G signal. This is especially important with trucks that most often travel through remote areas where it is difficult to get even 3G signal. Lastly, automotive LIDAR scanners and then clear and expansive road markings along with this, are essential before autonomous vehicles can be a reality in South Africa.”

Embark is setting the way with autonomous trucks working with law enforcement. “As for South Africa, we still need to obtain the basics for autonomous passenger vehicles to even be a reality, never mind trucks. Once this is achieved, we can learn from the example set in other countries, including how to work with law enforcement,” says Herbert.

For more news on road use and road safety, click here.