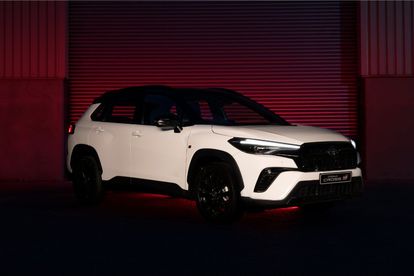 The latest model to receive the GR treatment in Toyota’s line-up is the ever-popular Toyota Corolla Cross. This locally-built Crossover was brought to market in the final quarter of 2021 and became an instant success story. It frequently tops the passenger-vehicle sales charts, while also being crowned as South African Car of the Year (SA COTY).

As part of the continued expansion of the Gazoo Racing (aka GR) brand, the Corolla Cross is the latest model to be adorned with the GR badge.

All Corolla Cross models are sold with a 6-services/90 000 km service plan (intervals set at 15 000 km) and 3-year/100 000km warranty. Service and warranty plan extensions can also be purchased from any Toyota dealer (220 outlets).

All Toyota models come equipped with Toyota Connect, including a complimentary 15 Gb in car Wi-Fi allocation, vehicle telematics and enhanced user features via the MyToyota app.

For more exciting family vehicle upgrade news, follow our articles here and let us know what you think.

Man messages “Prince William” asking to be King of England