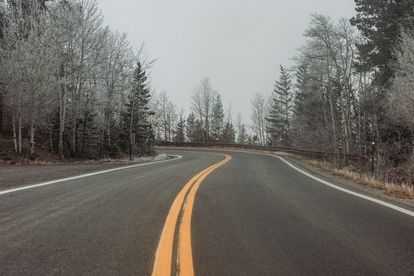 Proceed with caution, but be confident on the road during winter as well. Image: Jakob Rosen via Unsplash.

Proceed with caution, but be confident on the road during winter as well. Image: Jakob Rosen via Unsplash.

The last of the summer sunshine has left our skies, and for many motorists, the rain, mist, and darker skies of winter lead to unpleasant situations while behind the wheel. But driver training organisation MasterDrive says this doesn’t have to be as daunting as we make it out to be.

Some of the suggestions made by MasterDrive Chief Executive Officer Eugene Herbert, and us here at The South African, might seem fairly obvious, especially if you’re an experienced motorist. But it’s the small details that can lead to catastrophic events when you’ve neglected to take care.

The sun rises a little later and sets earlier than many people who are familiar with driving during peak hours are familiar with. During summer, when you leave home at 7:30 to make a school run and get to the office by 9:00, the sun is already past the point where it negatively affects your driving. But because these patterns change during winter, it’s important to take the following into account.

These are most likely those mornings when you look out and can barely see 50 metres down the road.

The smartest thing to do when it’s raining and the roads are soaked is to reduce your speed. The old lubricant, rubber and fuel are all lifting from the tarmac when it rains. So before your tyres make contact with the road, it first meets old debris and fluids – contributing to decreased traction.

Driving with sunglasses that have polarised lenses can really help reduce glare, even though other motorists will be puzzled. It’s also good practice to have your windscreen as clean as possible because your visibility can be reduced to zero when the sun shines directly through a dirty screen.