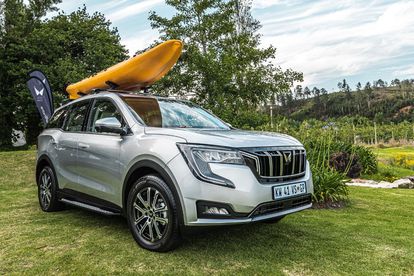 Cape Town, November 24, 2022: After the successful launch of the XUV700, Mahindra South Africa has commissioned “The Great Escape”, a celebration of active living around the Western Cape in the XUV700.

South Africa is well-known as the global capital for people with active lifestyles, with a range of activities such as exercising, mountain biking, trail running, kayaking and so much more in the beautiful city and surrounds. At the same time, South Africans are very social, active and are looking to break free after long weekdays with their friends and family.

To best capture the opportunities for an active lifestyle, and to showcase the capabilities of both man and machine, Mahindra is filming three teams of friends as they compete in several adventure activities in the Western Cape.

The constant throughout the series is the XUV700. Built from the ground up on an all-new platform, the XUV700 is the perfect partner to enable active living with its power, capabilities and advanced engineering. It is the vehicle that allows every family to explore the many opportunities for an active lifestyle.

In each episode, the friends challenge each other to an outdoors activity, with the winning team being determined by a jury. The winning team then gets to choose the next day’s activity.

Mahindra fans and fellow adventurers will also get a chance to participate and stand a chance of winning an all-expenses paid activity with three other friends. More information will be shared on Mahindra South Africa’s Adventure page.

“Mahindra has grown its presence and market share in South Africa in a very structured and systematic way over the past 18 years. Perhaps our biggest success is not our sales growth, but the way in which we have established the truthfulness behind the brand.

“We have demonstrated the authenticity of our bakkies when we embarked on our expedition in the Karoo Dusk, Dawn and Storm, where we covered 8 500 km of some of the continent’s most unforgiving terrain. And we are doing it again with our new experience, in which teams will be competing in the XUV700.”

This is the second in a trilogy of film series for Mahindra. The first saw Mahindra shine the global tourism spotlight on South Africa, in that epic road trip across South Africa, Namibia and Lesotho in a fleet of Mahindra Authentic Bakkies. In that series, the team explored some of the most unforgiving and breath-taking scenery that Southern Africa has to offer its inhabitants.

For the current series, Mahindra takes a different approach and returns to civilisation to show its fans how much fun and adventure can be had close to home.

Mahindra launched its first in the range of Authentic SUVs, the XUV700, on 14 November to nationwide acclaim. The new SUV is fitted with a new turbo-petrol 2.0 litre engine that delivers a spirited 149 kW and 380 Nm at an entry price of R474 999.

As a powerful and very capable new SUV, the XUV700 takes its place as the flagship for Mahindra in South Africa. It is one of the most popular new vehicles in India, having won the Indian Car of the Year Award and several other awards and setting new records for the number of pre-orders received prior to the start of sales.

They can also keep an eye out for hints of the third and final part of the trilogy, which will feature the new Mahindra Scorpio-N. The Scorpio-N will launch in South Africa in the first quarter of 2023.