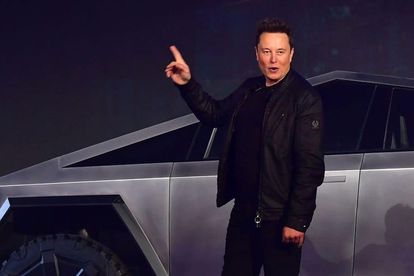 Tesla CEO Elon Musk has discovered that when your personal Twitter feed is the main source of news and information for your company, it’s likely that you’ll receive some odd requests or messages sent to your account.

Musk, now the richest man in the world, has been challenged to a race by Jim Glickenhaus, owner of boutique automaker Scuderia Cameron Glickenhaus, while Comma.ai founder George Hotz proposed a wager that Tesla’s Full Self-Driving software will not reach Level 5 fully autonomous driving by January 2022.

Hotz has long been a fan of the Tesla CEO and has stated on several occasions that he believes Tesla will win the race to full autonomy, but while offering up the $10,000 (R154,518) wager that Tesla’s vehicles won’t get to Level 5 in the next 12 months, he said:

“We think you’ll win, but not that fast.”

Level 5 autonomy means a vehicle can operate on any road and in any conditions that a human driver could negotiate, but without any interaction from the human in the vehicle.

Musk’s reply to the founder of Comma.ai, which makes a driver assistance add-on for vehicles, did not exactly accept the wager:

“Tesla Full Self-Driving will work at a safety level well above that of the average driver this year, of that I am confident. Can’t speak for regulators though.”

“I’m fine with that as the bet. We’ll buy a Model 3 with FSD. I’ll supervise it driving me around for a month next January, no disengagement, you win; any safety disengagement or user action required to get to destination, we win. Will post video proof to claim. Deal?”

In addition to forgoing gambling, the Tesla CEO also seems to be skipping out on a potential race.

Glickenhaus used Musk’s statement that hydrogen fuel-cell technology is “mind-boggling stupid” as a jumping-off point to challenge Tesla to race in the 2023 Baja 1000. Tesla would bring the Cybertruck and Glickenhaus would bring a hydrogen-powered Boot on-/off-road beast.

As for the reasoning for the challenge, managing director (Jim’s son) Jesse Glickenhaus said he has tremendous respect for Musk and his companies and admitted that the family owns a few Teslas.

But they’re not exactly built for the type of driving Glickenhaus is looking for.

“We, on the other hand, build cars for driving, where driving is the point. It is about the drive, not the destination: The pleasure of the experience of interacting viscerally with a mechanical object, feeling, hearing, and smelling the physics,” he told us.

‘Toughest endurance race in the world’

The younger Glickenhaus said they chose the Baja 1000 because it’s the “toughest endurance race in the world”.

The crux of the Glickenhaus’ argument is that hydrogen fuel cells are superior to battery-electric vehicles is that today’s battery technology has limitations: they’re heavy, prone to loss of range in cold weather, and there’s the recharge time.

“I have no idea whether Musk will accept our challenge. My guess is he will not, because he knows, despite his public railing against fuel cells, that hydrogen is better suited than current batteries for the most extreme environments,” Jim Glickenhaus added.

If the Tesla CEO does follow through with accepting either challenge, it could open the door to even more online provocations meant to put Tesla’s money and technology where its, or at least Musk’s, mouth is.

Nevertheless, a Cybertruck vs hydrogen-powered Boot race in 2023 is going to be one to watch.