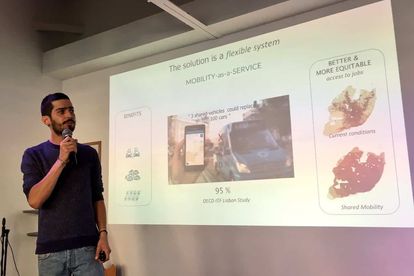 As consumers seek alternatives to vehicle ownership, and with younger age groups starting to actively participate in the acquisition of assets, expectations on financial institutions and their offerings are changing rapidly, Wesbank’s chief executive says, adding that the local industry must evolve to cater for this new lifestyle trend banks can’t ignore.”

Ghana Msibi says he expects the motoring industry, including vehicle finance, to evolve more over the next five years than it has in the past four decades.

“Generally speaking, Baby Boomers and Generation X are regarded as saving age groups. They tend to build balance sheets and work toward owning large assets outright, such as cars and houses,” he said.

On the converse, he points out, younger Generation Y and Z groups prefer paying for usage with “less appetite” for taking the risks associated with ownership.

“Subscription services are therefore becoming a lifestyle trend banks can’t ignore, and the way the youth buy food, shop for clothes and even watch TV will influence the packages banks offer for acquiring, or at least using, big-ticket items in the short term.”

The success of subscription models in sectors such as music and movie streaming, as well as cell phones, has set a clear precedent for the automotive industry, reports automotiveworld.com.

Mobility as a Service (MaaS), as this shift is called, takes many forms.

In most large cities around the world, people can access a car, bike, or scooter without owning one, simply with the purchase of a subscription or the swipe of an app.

Using television as an example, Msibi said where South Africans previously had access to a one-size-fits-all satellite package, online streaming has afforded near limitless options.

“Why pay a premium for a number of channels you will never watch – when more affordable streaming services with broader programming and tailored playlists, all on-demand at the click of a button, are available as an alternative?

Often, they include the opportunity for subscribers to experience other vehicles across a brand range, and include maintenance, roadside support, insurance, vehicle delivery as well as extras, such as subscriptions to connected vehicle services.

Msibi said shared mobility is another area to consider, and that it’s possible that in the not too distant future a group of people, rather than an individual, could apply for finance on a single-vehicle.

“This would mean that affordability calculations are based on multiple incomes, with an end result that a pool could subscribe to, or eventually own a car together.”

“We currently offer this in spousal arrangements, but we’re looking at how to roll it out with more flexibility in the future.”

But he was quick to add that WesBank will still continue to offer traditional instalment options for those who want to finance to own, but added that the industry needs to evolve with a more balanced menu and greater flexibility when it comes to subscription or pay-for-usage packages.

“If a customer has no intention of owning a vehicle at the end of a finance agreement, why should they be held to the same or similar terms as the customer who does? In a way, this concept is already in place with various Guaranteed Future Value programmes, but an evolution and improvement in pay-for-use arrangements is on the horizon.”

Msibi said the expansion and development of digital tools is an obvious necessity, as customers expect more immediacy and personalised interactions than ever before.

Stacks of documents for application processes are considered as old-fashioned and unnecessary in today’s transactions, he said.

“As banks, we have intimate understandings of our customers’ financial situations, so the responsibility of affordability calculations should rest more with banks and financial institutions and fall less on the shoulders of customers.”

“While existing online calculators and budgeting tools already offer conveniences customers didn’t have access to just over a decade ago, I feel much more admin can happen at the backend level, in turn making a customer’s buying journey a far simpler process.”

Msibi said buyers shop for a car and then approach a bank for finance, and he believes that this is somewhat “backward in today’s world,” and pre-approvals will become more streamlined with maximum purchase prices already in hand before setting foot on a dealer floor.

“This will expedite processes once a vehicle is chosen, with the possibility of driving away in a new car within moments, instead of days, in some cases.”

“For ages, our systems for finance arrangements were built on tried, trusted and traditional money-lending methods, but like so many other industries we’re evolving with the times.”

Msibi said Wesbank’s intent is to cater to new demands and significant investment has been put in place to develop new business methods.

While subscription challenges the ownership model, several prominent brands have launched their own car subscription programs, which offer an array of choices across a brand’s offering, automativeworld.com reported.