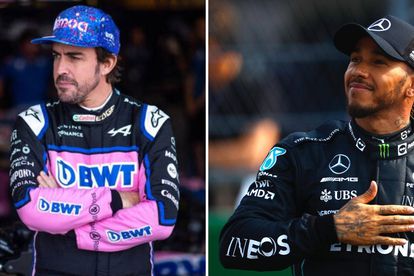 Lewis Hamilton’s ‘clap back’ to Fernando Alonso on social media sent Formula 1 fans into overdrive as the Mercedes driver reacted to the Spaniard rating Max Verstappen’s championships to the Briton’s.

Alonso downplayed the value of Hamilton’s titles compared to Verstappen’s in an interview with Dutch newspaper De Telegraaf, reported Motorsport.com.

LEWIS HAMILTON AND FERNANDO ALONSO WERE MCLAREN TEAMMATES IN 2007

The two-time world champion took to Twitter to clarify his opinion and laid blame at the media for the “continuous search for headlines”. But that didn’t stop Hamilton from delivering a hammer blow to his thoughts on his former teammate’s opinion.

The Mercedes-AMG driver, who narrowly lost out to Verstappen in the 2021 F1 season posted an image of him and Alonso on the podium after a 2007 race. Hamilton was aloft on the top step and captioned the tweet with a salty ‘thumbs up’ emoji.

The tweet went viral and reached over 300 000 ‘likes’ 67 000 retweets, with many F1 fans applauding Lewis Hamilton for ending the ‘debate’.

Hamilton finished second behind Verstappen at the Mexico City race. It was the Briton’s eighth podium finish of a disappointing season that sees him occupying fifth position in the standings with two races remaining.

The seven-time world champion has been vocal in recent weeks as news broke of Red Bull breaching the budget cap based on the restrictions handed down by the sport in 2021. Hamilton and Red Bull’s Verstappen engaged in a fierce battle all season long that culminated in a final showdown at the Abu Dhabi Grand Prix.

Verstappen claimed his first title after overtaking Lewis Hamilton in the final laps after a Safety Car period under the Arabian lights. Former race director Michael Masi came under fire after not following the rules correctly regarding lapped cars remaining behind the leader of the race.