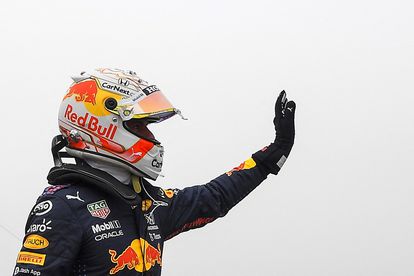 Max Verstappen claimed pole on Saturday for the French Grand Prix with Lewis Hamilton’s Mercedes alongside the Red Bull driver on the front row.

Mercedes vs Red Bull battle is on

Valtteri Bottas in the other Mercedes starts on the second row with for company Verstappen’s teammate Sergio Perez.

Verstappen leads Hamilton by four points in the Formula One world championship ahead of the seventh race of the season at the Circuit Paul Ricard on Sunday.

Hamilton won from pole the last two races staged at Le Castellet in 2018 and 2019, but Verstappen had approached qualifying as the man to beat after dominating the final two practice sessions.

Speaking after the qualifying session, Hamilton said: “We’ve got a race on our hands, and we’re loving the battle! We’re gonna keep pushing, keep fighting and giving it everything.”

Bottas is confident that Mercedes recent struggles relative to their Red Bull rivals are over.

“It’s been a strong weekend, for sure a lot better than a couple of weeks ago. The last lap in qualifying felt good,” said the Finn.

Verstappen was mindful that he needs to get the job done in the race and pole position is nothing to celebrate.

“No points are scored today, but we have to finish it off tomorrow, and try and get the 25 points we lost in Baku,” Verstappen said.

Verstappen set the early pace in Q3, four tenths of a second quicker than Hamilton, but things heated up in the second runs as Hamilton went quickest in the first sector. Verstappen responded with a purple second and final sector to better his time and take his second pole of the season.

Note – Stroll and Tsunoda both failed to set a time in Q1 and race at the stewards’ discretion.

Newspaper front pages from around the world, 02 January 2023