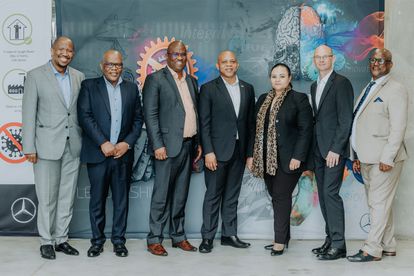 East London, South Africa: Mercedes-Benz South Africa (MBSA) is celebrating the 41st anniversary since the founding of the Mercedes-Benz Learning Academy (MBLA) in 1981. For four decades, MBSA through the MBLA, has been delivering quality training, qualifying thousands of skilled artisans in the Eastern Cape. As a strategic service provider in MBSA’s holistic approach to further high quality education and technical skills training, the MBLA has been fulfilling its strategic objective of training the best to build the best.

Four decades later, the Learning Academy continues to serve as leader and the main feeder of the Mercedes-Benz East London plant’s technical workforce whilst also assisting in the fight against persistently high youth unemployment in the Eastern Cape. Additionally, the MBLA has sustained its ability to support local business, government and private students with high quality artisan, shopfloor and advanced technology training.

Commenting on 41st anniversary milestone of the MBLA, Chief Executive Officer of Mercedes-South Africa and Executive Director of Manufacturing, Andreas Brand said: “At Mercedes-Benz South Africa, we believe that our contribution is not only in the excellent vehicles we build, but also in the impact we make in the automotive supply chain in the region and its people. The last four decades has given us plenty to celebrate. For 41 years, the Mercedes-Benz Learning Academy has been supporting the competitiveness of our East London manufacturing plant as well as the skills development and educational needs of the youth of the Eastern Cape. Today, the Learning Academy supports our business model by ensuring a solid pipeline of skills whilst addressing youth unemployment and underdevelopment.”

Established in 1981, the MBLA, previously referred to as the MBSA Technical Training Centre, was one of the first fully integrated multi-racial institutions in the South African automotive industry. The Centre made a significant contribution in affording opportunities to people who would otherwise not have received technical training and in the process ensured a pipeline of artisans into the Mercedes-Benz East London manufacturing plant.

Following a R130 million Public Private Partnership with the National Treasury’s Jobs Fund in 2016, MBSA launched the state of the art MBLA. The transformation of the MBSA Technical Training Centre into a fully-fledged Learning Academy is a remarkable accomplishment. The joint investment contributed not only to the expansion of the facility, but also accommodated additional trades and newer technologies for learners and automotive suppliers alike.

In a bid to support training and development in preparation for the new generation C-Class, the MBLA celebrated the launch of a new Reference Cell. Installed in 2019, the Reference Cell is a new robot that aims to equip learners and specialists with advanced technical training in a practical real-life testing environment – this includes Robotics, Metal joining technologies automation, and Advanced Vehicle Technologies.

In the quest to lead through learning, the MBLA celebrates partnerships with global technology giants specialising in factory and industrial automation to deliver certified training to its employees and external market clients. Various engineering students from the Eastern Cape undergo training and trade tests at the MBLA. Furthermore, the Learning Academy works closely with Government bodies such as National Artisan Moderation Board (NAMB), the Manufacturing, Engineering and Related Services Sector Education and Training Authority (MERSETA) and the Quality Council for Trades and Occupations (QCTO) in developing and implementing new occupational qualifications and various trade tests. It is within the Academy’s jurisdiction to be such a multifaceted vessel as an appointed provider for East Cape Auto Industry Forum (ECAIF) Project.

The Academy prides itself in demonstrating industry leading absorption rates of its trainees into meaningful employment in the automotive sector. The MBLA has helped learners obtain relevant workplace experience and exposure and boasts an absorption rate of close to 100%, with many of the graduates integrated directly into the MBSA manufacturing plant’s talent pipeline. Other learners are also trained for absorption into the automotive value chain, including suppliers located within the East London Industrial Development Zone.

“With the automotive industry currently being reshaped with the onset of new electric vehicles, MBSA is keeping apace in this regard. Automotive technology training has been expanded to include additional training on high-voltage vehicles, as well as advanced product technologies. As part of our sustainability objectives, our plant has manufactured hybrid electric vehicles since 2016 and upskilling our workforce to manufacture these vehicles has been a key focus at the MBLA. With a firm focus on future technologies, the MBLA has continued to advance its digital transformation journey: offering digitalized and blended e-learning to apprentices, plant employees and industry partners, via a range of offerings and facilities, including virtual platforms. Our vision for the future of the MBLA is that it continues to provide support to MBSA in producing premium luxury vehicles using the the best talent out of Africa, for the world,” concluded Brand.