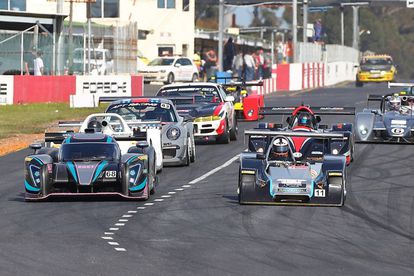 Motorsport fans can look forward to an adrenaline-filled motorsport extravaganza when the iconic Kyalami 9-Hour returns to South Africa from 23 – 25 February 2023.

The weekend’s headline event is the second round of the Intercontinental GT Challenge Powered by Pirelli, following just three weeks after the opening round of the 2023 season at Bathurst in Australia. Organisers anticipate that all teams will be lined up on the grid to boost their season title aspirations.

Joining the SRO Motorsports Group K9H starting grid will be some of the top South African teams in FIA-homologated GT3 and GT4 machinery.

Thursday’s practice sessions will be open to the public for the first-time, giving motorsport enthusiasts the opportunity to see glowing brake discs and flame-spitting exhausts during the night practice session.

Getting even closer to the action, pit walks and driver autograph sessions are back on the event programme.

Over 200 competitors are expected to participate in the thrilling line-up of support races – each category featuring two races – over the three day racing extravaganza. Topping the support bill is the opening round of the 2023 GTC and SupaCup Championships. Over 50 wild BMWs across the brand’s recent history will battle it out in the first round of the BMW M Performance Parts Race Series.

In addition, the hotly contested CompCare Volkswagen Polo Cup enters its 27th year at Kyalami and the 2023 season will be one to watch with interest.

The InvestChem F1600 Championship kick off their year along with the opening round of the thundering Mobil 1 V8 Championship. The V8 silhouette cars have always been a crowd favorite at Kyalami.

A substantial entry of Sports and GT cars, featuring a wide variety of racing machines is sure to keep spectators on the edge of their seat. Adding to the excitement, will be a high-speed Historic Race Car demonstration and static display, where spectators can get close to an array of legendary cars from South African motorsport history.

Adam Brown, K9H CEO said: “We launched the Kyalami 9-Hour in 2019 with a great response from the public creating a great platform from which to grow. The Global Pandemic then hit forcing us to host a race without the vital support of our race fans.

We are grateful to all our event partners and race fans for sticking with us through these challenging times. The 9 Hour is back in early 2023! We are going all out – a true fest of motoring, bigger international grid, more national team participation and greater support race participation.

Watch this space in 2023, we are the K9H MotorFest, an extravaganza of all things motoring and motorsport – for all our passionate fans!”

With Christmas fast approaching, K9H tickets will make a perfect gift for the petrol-head in your family or circle of friends.

General Access tickets go on sale on Friday, 25th November with special Black Friday deals for one day only. Details of the various Hospitality Packages will be announced shortly.

Black Friday Prices (available to purchase on 25 November ONLY)