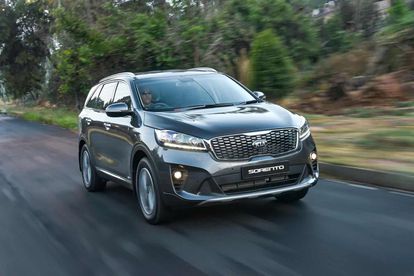 A women-only panel of 50 motoring journalists from 38 countries have voted Kia’s new generation Sorento as the Best Large SUV  at the recent 2021 Women’s World Car of the Year (WWCOTY) awards.

Kia’s latest success follows category wins for the carmaker’s XCeed and Soul EV during the same competition in 2020.

In its release issued via MotorPress around the category win on Monday (1 March 2021), Kia said  its Sorento had dominated its category at the 2021 ‘Women’s World Car of the Year’ (WWCOTY) awards, beating the competition to win Best Large SUV.

Still in the running for overall winner

“The all-female panel of experts will examine each of the nine category winners further and take a final vote to determine a single overall winner, which will be announced on 8 March,” revealed Kia.

For women, by women

The WWCOTY competition is based on a jury of 50 female motoring journalists spanning 38 countries and five continents.

Founded by journalist Sandy Myhre in New Zealand 11 years ago, the awards aim to identify the best cars of the year based on set principles that guide consumer choice.

“Sorento was one of three vehicles shortlisted for the Best SUV category and ultimately achieved the win due to outstanding credentials, including safety, quality, price, design, driving dynamics and environmental impact,” said Kia.

The South Koeran manufacturer said the Sorento is the first vehicle based on Kia’s new mid-size SUV architecture and accommodates state-of-the-art electrified powertrains for greater fuel efficiency, lower emissions and better performance than its predecessors and rivals.

“The new platform also allows for a larger vehicle body to maximise cargo and luggage space and makes the Sorento one of the most versatile and spacious three-row SUVs on the road,” it said.

“We are honoured to receive another award from the expert jury at Women’s World Car of the Year”, enthused Jason Jeong, the president at Kia Europe.

“This is a welcome accolade for one of Kia’s most important cars; which our design, engineering and product teams have worked hard to ensure is a leader in the SUV segment,” concluded Jeong.